The NCC meeting in Mogadishu enters its second day. 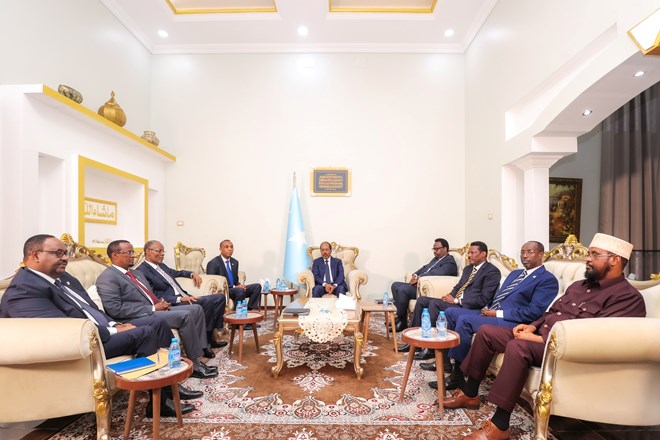 Somalia’s President Hassan Sheikh Mohamud presided over the 4th meeting of the Federal Government’s National Consultative Council and its member states, which began its second day on Tuesday.

The leaders are debating the federalization of the judiciary and the division of powers at the federal and state levels, which was one of the communiqué articles from the 3rd National Forum Conference held on September 12 in Mogadishu.

The federal and regional state officials will also discuss the ongoing offensive against Al-Shabaab terrorists, which has resulted in the effective liberation of numerous areas across the nation.

The MPs stated that the National Army Forces were being used to incite unrest in the Southwest and requested that federal forces be returned to the frontlines.

With the exception of President Deni, all regional leaders have extended their terms by one year.