The president of South Korea issues a warning to end the truckers’ strike using special powers. 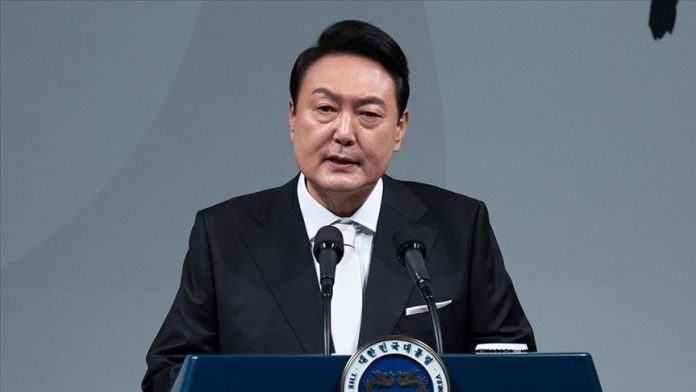 Following a nationwide supply chain disruption caused by hundreds of truck drivers going on strike, the president issued the warning.

Yoon stated on social media that the Cargo Truckers Solidarity Union (CTSU) had started an indefinite group transport refusal “at a time when the people and businesses, as well as the government, are working as one to overcome the crisis.”

“In times of national emergency, we will not accept actions that hold logistical systems as hostage. The government must consider alternative actions, such as a job initiation order, if they maintain their reckless transit refusal “He declared.

According to local legislation, if logistics companies or employees seriously impede cargo delivery by refusing to work, the government may issue a labor initiation order, the media source reported.

“To all unlawful acts, we will respond firmly in accordance with the law and morality… I want it to be crystal obvious that the desired outcome cannot be obtained through unlawful violence, “President issued a warning.

According to the media group, those who disobey a government order risk up to three years in prison or a $22,500 fine.

A total of 11,000 individuals across the nation participated in the CTSU strike, which was called for the expansion of a freight rate system that guaranteed minimum pay.

Due to the increase in fuel prices, truck drivers went on strike in June and demanded that the government step in.

The walkout, which lasted for roughly a week, caused delays in the movement of freight and financial loss. According to media estimates, the strike also had an effect on local production and cost $1.2 billion in damages.

After coming to an agreement with the South Korean Ministry of Transport, truck drivers ended their strike.