The president of Ukraine hopes to hold Eurovision in Mariupol “one day.” 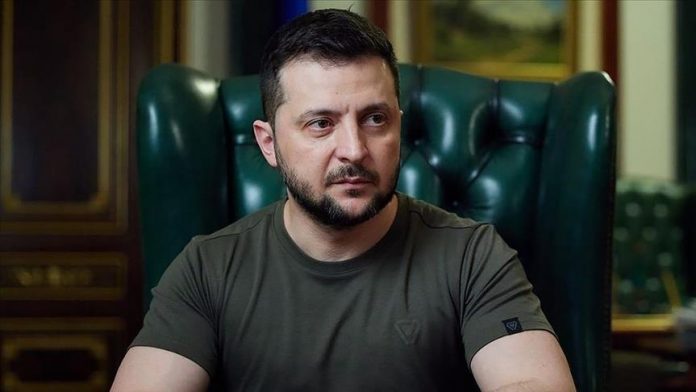 Ukraine, which won this year’s Eurovision song contest, intends to host the event in Mariupol one day, according to the country’s president.

Ukraine won the 66th Eurovision song contest, which was held in Italy, for the third time in its history, with the United Kingdom and Spain finishing second and third, respectively.

The song “Stefania,” performed by the Kalush Orchestra, won the contest against heavy competition from the UK, Spain, and Sweden, thanks to a wave of support from the European people who voted via phone.

“Our bravery astounds the world, and our song sweeps Europe! Ukraine will host Eurovision next year! For the third time in the organization’s history. And not the last, I suppose “Volodymyr Zelenskyy said

“We will do our best to one day host the participants and guests of Eurovision in Ukrainian Mariupol. Free, peaceful, rebuilt,” he said, thanking the Ukrainian band and European voters.

“I am sure that our victorious chord in the battle with the enemy is not far off.”

In a video released before the much-awaited event, Zelensky said he believed the Kalush Orchestra could win, calling for Europe to support the Ukrainian song at the Eurovision contest.

Ukraine had already won Eurovision in 2004 with “Wild Dances” by Ruslana, and in 2016 with “1944” by Jamala, becoming the first Eastern European nation to win the contest twice.

The country was one of the favorites since the start of the 2022 edition after Russian troops invaded the country on Feb. 24.

The day after the invasion, the European Broadcasting Union (EBU), which owns the rights to Eurovision, announced that Russia would be banned from this year’s edition.

The winning song, which mixes rap with elements of Ukrainian folk music, was originally written to honor the mother of the band’s frontman and has been re-dedicated to all mothers in Ukraine, with parts of the lyrics recalling the conflict that has left the country devastated.