The president of Ukraine thanks Turkey for the prisoner swap with Russia. 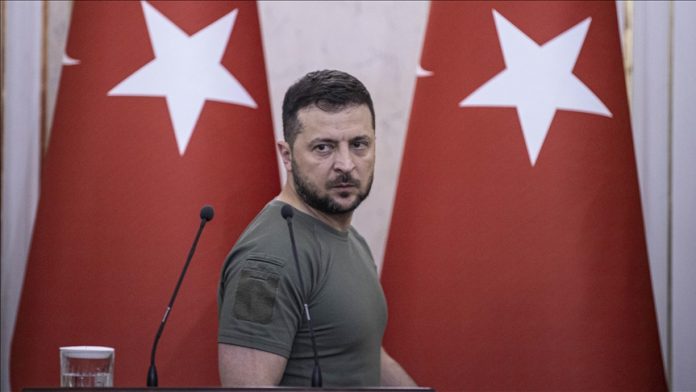 Volodymyr Zelenskyy, the president of Ukraine, thanked his Turkish counterpart for securing the prisoner swap agreement with Russia in a video message on Wednesday.

I once more expressed my gratitude to Turkish President Erdogan for his assistance in assisting us in freeing our people from Russian captivity, he said.

According to the agreement, relatives of Ukrainian soldiers who live in Turkey will be permitted to travel to Ukraine, Zelenskyy said.

We are attempting to fix it, he added.

The need to further strengthen bilateral defence relations was emphasised during a phone call between the two leaders on Tuesday, according to Zelenskyy.

The Turkish president reaffirmed Ankara’s willingness to do whatever it takes to assist in putting an end to the Russia-Ukraine war peacefully, saying that referendums held in Russian-controlled areas of Ukraine would thwart such diplomatic efforts.

Both parties confirmed that 215 Ukrainian soldiers and 55 Russian servicemen were traded following a deal mediated by Turkey on September 21.

As of this writing, Russia’s war in Ukraine has claimed the lives of 5,996 people and injured 8,848 more, according to UN estimates. However, there are concerns that the actual death toll may be higher.