The presidents of Somalia and Kenya agreed to normalize bilateral relations and trade. 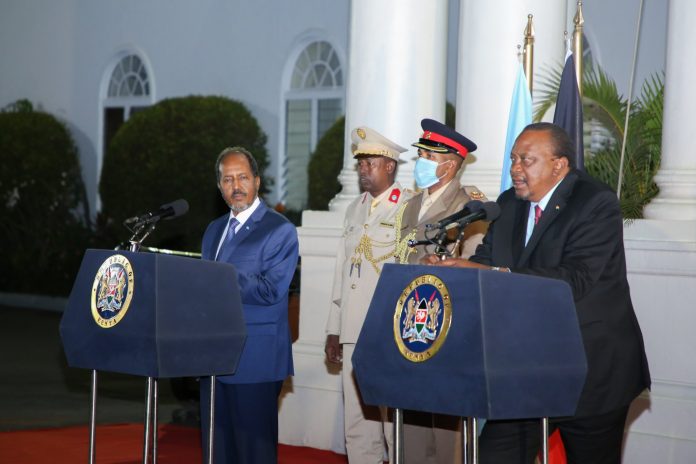 According to a joint statement from the two countries, the leaders decided to resume direct Kenyan Airways flights between Mogadishu and Nairobi, grant access to the Kenyan market to seafood products produced by the Somalia Business Community, and resume Khat (Miraa) trade between Kenya and Somalia.

Mohamud and Kenyatta also decided to keep their borders open and to give visas on arrival to diplomatic passport holders from both nations, while processing visa requests for other kinds of passports within a 24-hour period.

The Joint Commission for Cooperation (JCC) between the two nations would meet in Mogadishu in August 2022, according to the communiqué. 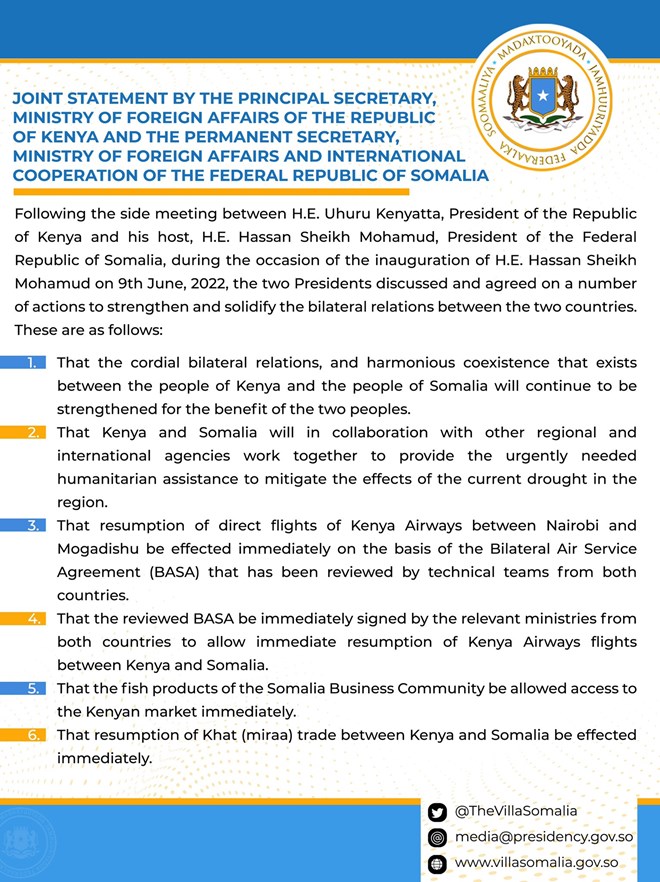 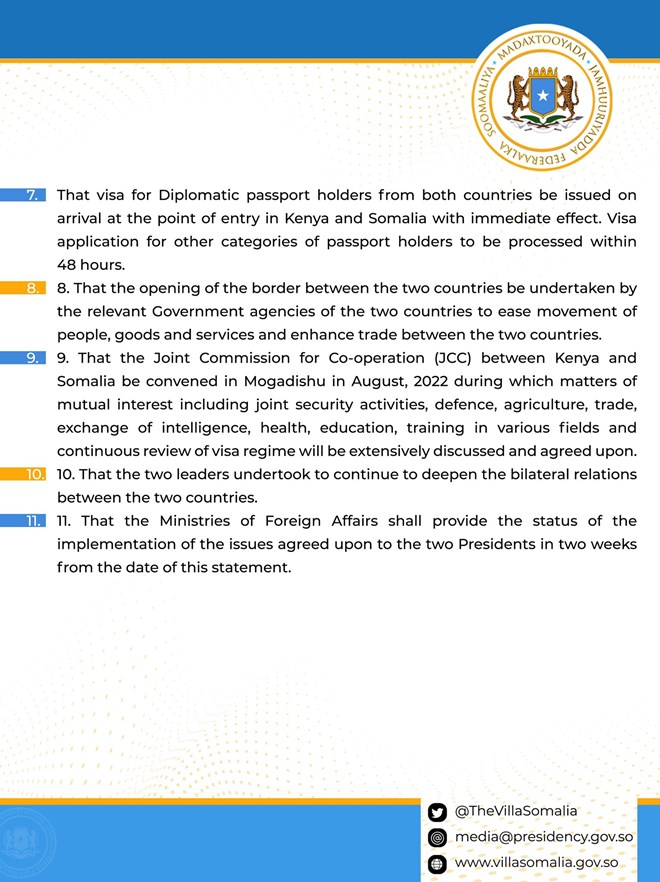