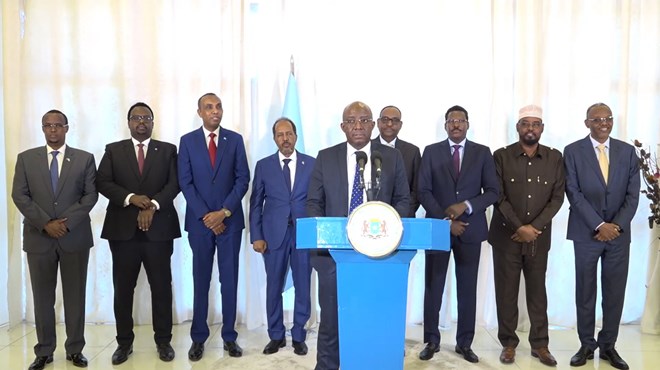 The four-day National Consultative Council meeting involving the president of the Federal Government of Somalia, the leaders of the regional governments, and the governor of the Banadir area came to an end today in the nation’s capital, Mogadishu.

Five issues were included in a statement recently made by the National Consultative Council, including ensuring security, combating Al-Shabaab, accelerating the reform of the Constitution, democratisation, and holding national elections.

The national consultation council also agreed that held two elections, one at the Federal level and the member states of the Federal Government of Somalia. The leaders of the national consultation agreed to implement the system of national parties in the country and to implement free and transparent elections in the country based on registered voters and parties competing for councils at different levels.

The report also expressed sincere condolences to each and every family of a Somali person killed in the explosions that occurred on October 29, 2022, in front of Somalia’s Ministry of Education and caused significant property damage.

The senior leaders of the National have decided that the next meeting of the council will be held in December 2022 and February 2023.