The Somali parliament appoints members to the organizing committee for the presidential election. 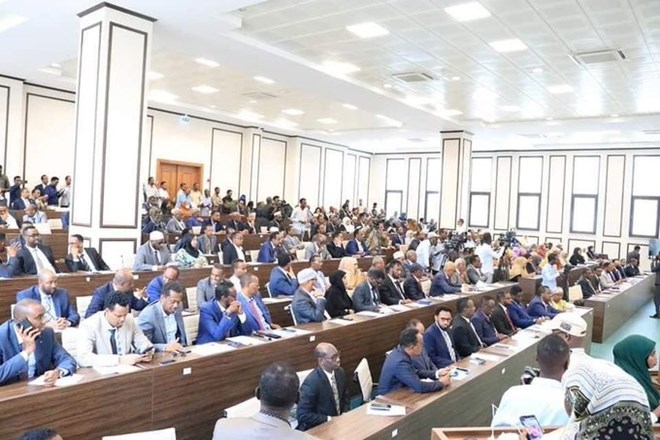 On Tuesday, 14 of the 17 members of Somalia’s federal parliament were elected to the organizing committee for the 2018 presidential elections.

Sheikh Aden Mohamed Nur (Madobe), Speaker of the House of the People – or Lower House – presided over the plenary session, which nominated eight members to the 10-member Presidential Election Commission.

MP Mowlid Abdi Mohamed is one of them.

Ali Haji Dahir is a Member of Parliament.

Mohamed Ananug is a member of the House of Representatives.

Omar Yusuf is a member of Parliament.

Sheikh Aden Madobe stated that the remaining three members of the Lower House would be added in the coming hours.

However, a three-year IMF financial assistance package worth close to half a billion dollars will automatically expire on May 17. If it does lapse, it can jeopardize the disbursement of budget support grants and derail the plan for complete debt forgiveness.