The Somali President wraps up the NCC meeting in Mogadishu. 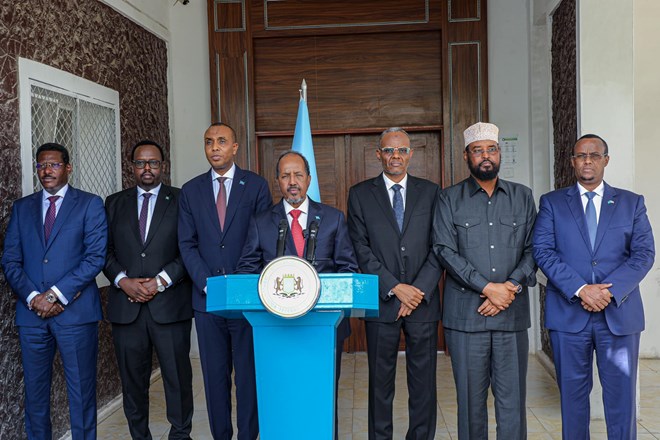 The Federal and Federal Member State leaders discussed security issues, including bolstering operations to eliminate terrorist groups and assisting those affected by the country’s drought.

The Council urged the government to respond quickly to the drought and urged Somalia’s friends to increase their support for drought relief.

Last week, UN humanitarian chief Martin Griffiths warned that parts of Somalia are on the verge of famine due to four failed rainy seasons, which have resulted in a devastating drought.

He predicted that “famine was on the way” in south-central Somalia between October and December of this year.

During the meeting, the leaders oversaw the security operations against al-Shabaab that are taking place across Hirshabelle, Galmudug, and Southwest.

They urged elders, scholars, businesspeople, youth, and women to join the fight against al-Shabaab, which is being led by government forces.

The Federal and Federal Member State leaders agreed to speed up talks between Somalia and Somaliland, as well as to strengthen cooperation between government agencies at both levels, in order to restore people’s trust in the government and work toward political stability.