The Somali Prime Minister attend an aid conference in Switzerland. 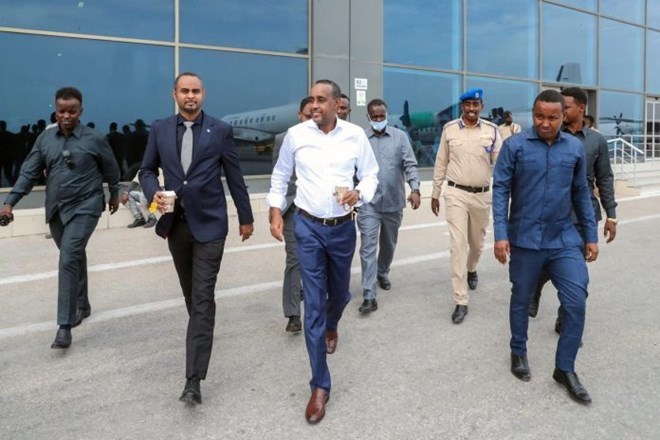 ON Sunday, Prime Minister Mohamed Hussein Roble led a group to Geneva, Switzerland, for an international summit on the Horn of Africa’s catastrophic drought.

The summit, which will be attended by senior officials and ministers from donor nations, is anticipated to focus on “the grave need for concerted efforts to reduce the drought crisis in Somalia.”

Prime Minister Roble stated that he is determined to bring the attention of the world community to Somalia’s drought predicament in order to assist the country’s most vulnerable citizens.

‎
Somalia is experiencing its worst drought in more than 40 years after three years without rain. Adam Abdelmoula, the UN Resident and Humanitarian Coordinator for Somalia, estimates that 350,000 of the 1.4 million acutely malnourished children would die if nothing is done.

The World Food Programme (WFP) projects that close to 20 million people face hunger in the Horn of Africa region due to delayed rains.