The Somaliland government breaks its silence on the Las Anod protest violence and asks for calm. 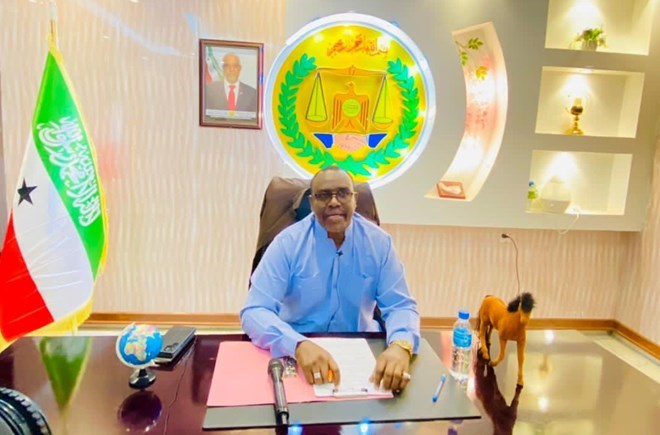 Before the situation worsens, the minister issued a peace appeal, urging Las Anod people to try for understanding and communication.

“As the representative of the (Somaliland) government, I am asking the people of Sool, particularly in the Las Anod district, to calm down and allow time to talk to each other and work on peace,” Minister Koore said.

Protests erupted again on Saturday morning, with teenage protestors clashing with security police. Residents reported that officials’ heavy-handed approach, including the use of live bullets, has continued.

The Somaliland administration addressed the violence in Las Anod for the first time in Koore’s remarks on Tuesday.

After over a week of unrest, Somaliland’s traditional authorities issued a public appeal, stating they were ready to end the violence.

The British and American embassies in Mogadishu have conveyed their concern about the Las Anod protest violence, which has resulted in the deaths and injury of dozens of people.

Kate Foster, the British Ambassador to Somalia, urged all parties to de-escalate, avoid further bloodshed, and conclude the conflict amicably.

“We are concerned about recent events in Las Anod that resulted in civilian deaths and injuries. We urge all parties to de-escalate the situation, avert future casualties, and reach a peaceful resolution.”

Simultaneously, the US embassy joined the Somali voices appealing for calm.

“Peace and the rule of law must triumph over violence against civilians and property destruction,” the US embassy tweeted.

The government has failed to protect the security of the Las Anod, according to Abdirahman Mohamed Abdillahi Irro, a candidate in the Somaliland presidential elections and the leader of the Wadani Party.

“We did not expect the (Somaliland) authorities to assassinate ten people so callously. This cannot be allowed to continue.”

He went on to suggest that the government should have imprisoned those responsible for the assassination of Wadani Party official Abdifatah Abdullahi Abdi Hadrawi, who was killed soon before the protests began.

Hadrawi was killed after returning from the mosque on Monday evening. Protests began on Tuesday in response to the failure of the local authority to deal with assassinations.

At least three individuals were killed when police fired live shot to disperse protestors throwing rocks at the central police station on Friday.

On Saturday, federal politician Sahro Bundubte accused Somalia’s Speaker of Parliament of obstructing a vote to discuss the ongoing violence in Las Anod.

“Legislators have the right to speak out in parliament. The Speaker should express his support for the many points of view expressed by the MPs “she continued