The son of Uganda’s president is in Ethiopia. 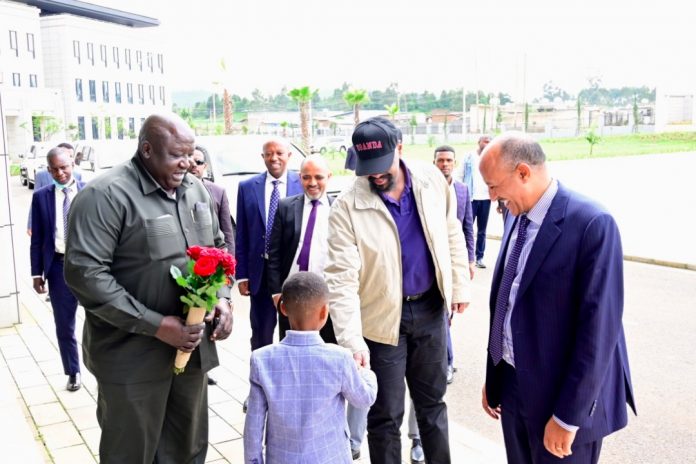 Uganda’s foreign affairs ministry announced that the president’s son is in Ethiopia on a working visit.

General Muhoozi Kainerugaba has previously tweeted in favour of Tigrayan insurgents, but the Ugandan army told the BBC in July that this was his personal view, not the army’s policy.

President Yoweri Museveni recently ordered Gen Kainerugaba to Rwanda to assist in resolving long-standing tensions between the two countries, which had resulted in the closure of a common border for three years.

He was also sent to meet outgoing Kenyan President Uhuru Kenyatta in June of this year to offer a special message.

Some see Gen Kainerugaba’s increased diplomatic engagement as a ploy by long-serving President Museveni to groom his son to succeed him.