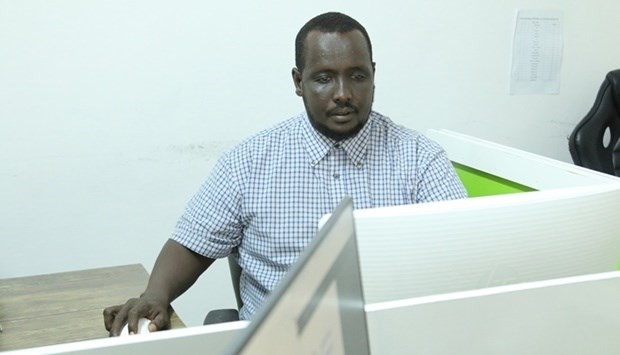 The number of students sponsored by Qatar Charity (QC) has increased to 4,864 in 35 countries, including more than 700 in Somalia.

According to a QC statement released yesterday, the ‘Student Sponsorship’ scheme intends to assist students who are unable to fund their undergraduate and postgraduate education.

Several sponsored students have gone on to become well-known people with high academic achievements and crucial positions in their occupations as a result of the effort.
Hussein Abu Bakr of Somalia is one of the remarkable success stories made by the students funded by QC. He used to memorize the Holy Qur’an in the evenings while tending the animals in the mornings.

“My family was displaced to Mogadishu as a result of Somalia’s humanitarian crisis, and I joined a Quran study memorisation centre. However, due to the deterioration of the family’s living situation, I started working as a school guard.

“In 2008, I applied for a guard post at Qatar Charity’s Somalia office. After being hired, I got enrolled in preparatory courses to join a regular school. In 2014, I graduated, with distinction, from the secondary school, and joined Mogadishu University’s Faculty of Shari’a and Law, with a scholarship from Qatar Charity.

“After the graduation from the university in 2018, I was nominated by Qatar Charity for the post of sponsorship supervisor. Now, I supervise 500 sponsored persons at its Somalia office,” he added.