The Turkish president meets with a US senator in New York. 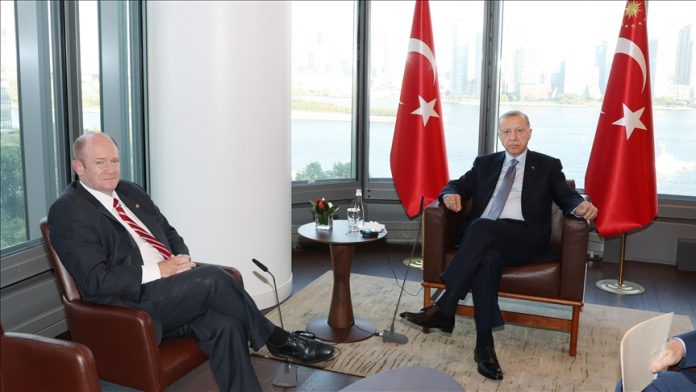 The meeting with Delaware Democratic Senator Chris Coons took place at the Turkevi Center, also known as the Turkish House, near the United Nations headquarters.

Erdogan is in New York for the 77th session of the United Nations General Assembly.

The president also welcomed the chairman of the Libyan Presidential Council, Mohamed al-Menfi, to the centre for talks. He had earlier met with representatives of Turkish-American non-governmental organisations.

Later, Erdogan will attend a dinner hosted by the Turkish-American National Steering Committee. On Tuesday, he will address the United Nations General Assembly.