The Turkish president meets with members of the American Jewish community in New York. 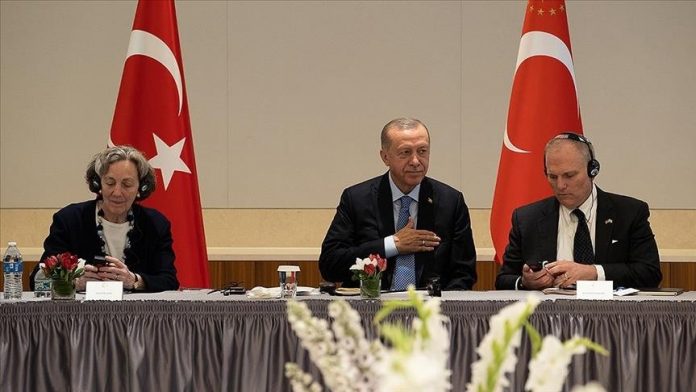 The meeting with Jewish leaders took place at Manhattan’s Turkevi Center. It was off-limits to the media.

Erdogan is in New York for the 77th session of the United Nations General Assembly. On Tuesday, he will address the assembly.