The United Kingdom and Germany have agreed to increase their cooperation in assisting Ukraine and combating climate change. 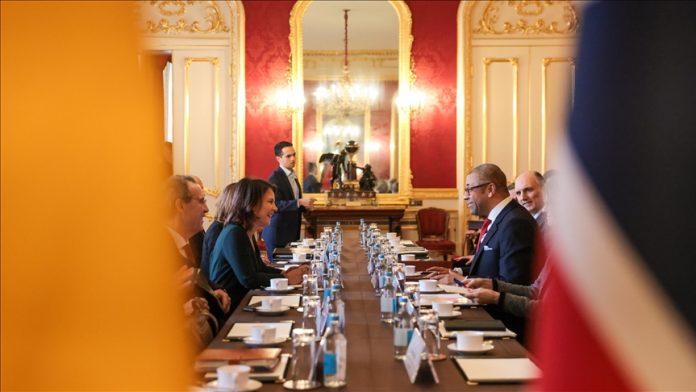 At the meeting, James Cleverly and Annalena Baerbock agreed to collaborate on a number of critical issues, including support for Ukraine, energy security, and combating climate change.

In a statement, Cleverly stated that the two countries were “the closest of partners, and we are harnessing the strength of our connection to solve the shared challenges we face today.”

“As Europe’s top economies, we’ve resolved to work even harder to maintain our unshakable support for Ukraine and tackle climate change,” he continued.

Cleverly stated at a joint press conference that tanks could be included in the next phase of weaponry shipments.

According to Baerbock, if Russian President Vladimir Putin “believes he has the longest staying power and Ukraine will run out of weapons soon, he is mistaken.”

She stated that offensive weaponry would be required for Ukraine to regain its regions currently held by Russia, and that Putin’s “strategy of annexing land” will fail.

US President Joe Biden and German Chancellor Olaf Scholz declared on Thursday their desire to supply Ukraine with armored combat vehicles as it fights Russia in the current conflict.

In a phone chat, Biden and Scholz emphasized their joint intention to continue giving Ukraine with the essential financial, humanitarian, military, and diplomatic support for as long as it is required.