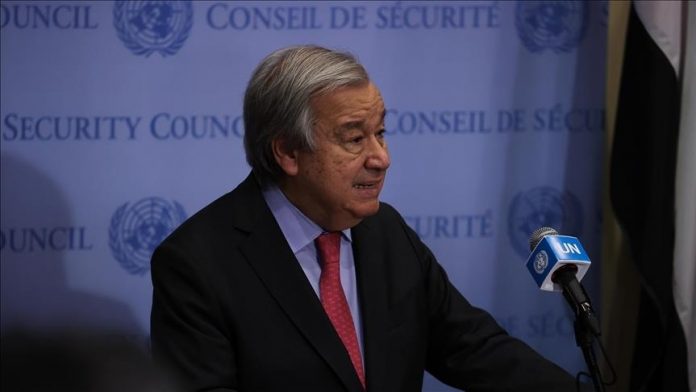 At a press conference in Maiduguri, the epicenter of the region’s terrorist attacks, Guterres said the country’s efforts to build trust with the civilian population, provide support to terrorism victims, and ensure the safe and dignified return of displaced persons and refugees had all contributed to combating terrorism in the region.

“Not only has the government understood, but it has also taken the proper strategy to combating terrorism,” he stated.

Despite the initial misery and anguish that enveloped the area, he said he witnessed terrorism victims laughing at a displaced persons’ camp.

Guterres said military operations alone cannot end terrorism but the building of trust with people and increasing support for the livelihoods of victims of terrorist attacks must also take place.

He asked the international community to support the people of the affected region.

It marked Guterres’ first visit to Nigeria since becoming UN Secretary-General in 2017.

He also met displaced victims of terrorist attacks and former terrorists at a holding facility located in the city center.

He had earlier visited two other African countries — Senegal and Niger.