The US has urged Israeli and Palestinian officials to work together to break the ‘cycle of violence.’ 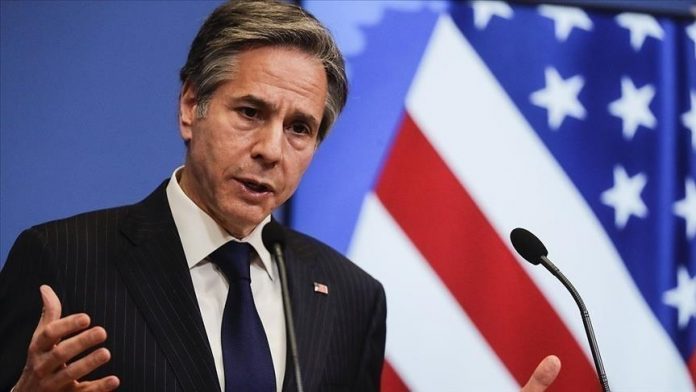 Secretary of State Antony Blinken spoke with Israeli and Palestinian leaders separately on Tuesday, urging both sides to “stop the cycle of violence” in the region.

During the calls, Blinken spoke with Palestinian President Mahmoud Abbas and Israeli Foreign Minister and Alternate Prime Minister Yair Lapid about the rising tensions in Israel, the occupied West Bank, and Gaza, including at the Al-Aqsa Mosque compound, according to State Department spokesman Ned Price.

In a statement, Price said, “Secretary Blinken underscored the necessity of Palestinians and Israelis working together to break the cycle of violence by refraining from actions and statements that exacerbate tensions.”

The secretary of state also reaffirmed the US commitment to enhancing the Palestinians’ quality of life in “concrete” ways and America’s support for a negotiated two-state solution.

Blinken urged both sides to exercise restraint and refrain from actions that escalate tensions.

Blinken and Lapid also discussed efforts to confront global challenges, including those posed by Iran and its proxies, according to the statement.