The US will supply more liquefied gas to the EU under the new agreement. 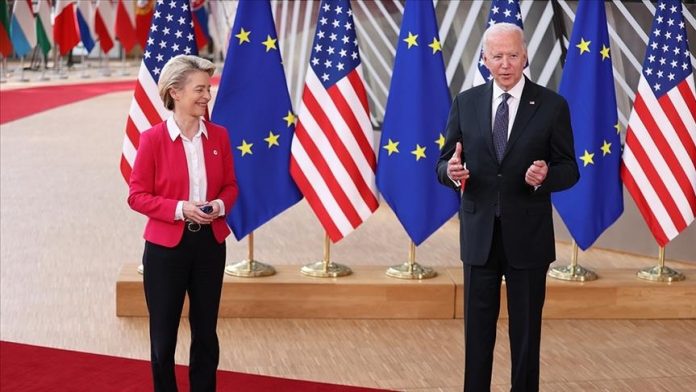 On Friday, the EU and the US announced a new agreement to supply additional liquefied natural gas to the EU in order to reduce the bloc’s reliance on Russian imports.

The agreement is part of the European Union’s plan to reduce reliance on Russian energy by two-thirds by the end of the year.

The US will also work to ensure an annual supply of an additional 50 billion cubic meters (bcm) of LNG by 2030 under the terms of the agreement.

“It’s not only the right thing to do from a moral standpoint, it’s going to put us on a much stronger strategic footing,” Biden said, adding that eliminating Russian gas will come at a cost to the EU.

Von der Leyen also stated that phasing out Russian gas, as well as fossil fuels in general, and replacing them with renewables in the long run will help the EU achieve climate neutrality.

Biden attended an EU leaders’ meeting on Thursday to discuss a coordinated response to Russia’s military aggression against Ukraine.

Russia’s energy supply leverage over the EU has emerged as a potential sticking point in ensuring the bloc’s ability to impose sanctions when necessary, such as over Russia’s war in Ukraine.