The World Trade Organization (WTO) has lowered its trade and growth forecasts due to rising commodity prices and the Russia-Ukraine conflict. 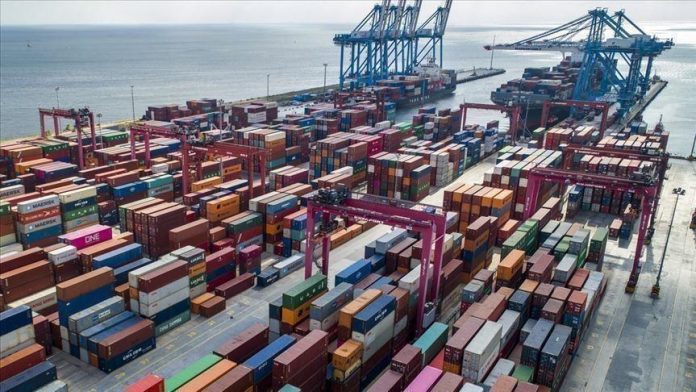 In the wake of Russia’s conflict on Ukraine and rising commodity prices, the World Trade Organization (WTO) decreased its global trade forecast for 2022.

The intergovernmental agency stated in a statement that it now estimates global merchandise trade volume growth of 3% this year, down from 4.7 percent previously. In 2021, it had increased by 9.8%.

After expanding 5.7 percent last year, the World Trade Organization predicts that the global economy would increase by 2.8 percent in 2022, down from a previous prediction of 4.1 percent.

While the global economy is predicted to increase 3.2 percent in 2023, international trade volume is expected to grow 3.4 percent the following year, according to the WTO, though those predictions may be changed due to the war’s unpredictability.

“The crisis’s most immediate economic impact has been a dramatic increase in commodity prices. Despite their little contributions to global trade and output, Russia and Ukraine are important suppliers of basic items such as food, energy, and fertilizers, all of which are now endangered by the war “It was stated.

“The war isn’t the only thing weighing on global trade right now. Lockdowns in China to prevent the spread of COVID-19 are hampering seaborne trade once again, just as supply chain tensions were beginning to ease. This could result in new manufacturing input shortages and greater inflation “WTO has been added.

The war, according to WTO Director-General Ngozi Okonjo-Iweala, has harmed the global economy, particularly in low-income nations.

“With dwindling supplies and rising food prices, the world’s impoverished may be forced to go without… More trade is required in a crisis to provide steady and fair access to essentials. Restricting trade will jeopardize the well-being of people and businesses, making the challenge of achieving a long-term economic recovery from COVID19 even more difficult “she continued.