‘There will be no good response to Sweden and Finland’s NATO bids unless they demonstrate unity with Turkey.’ 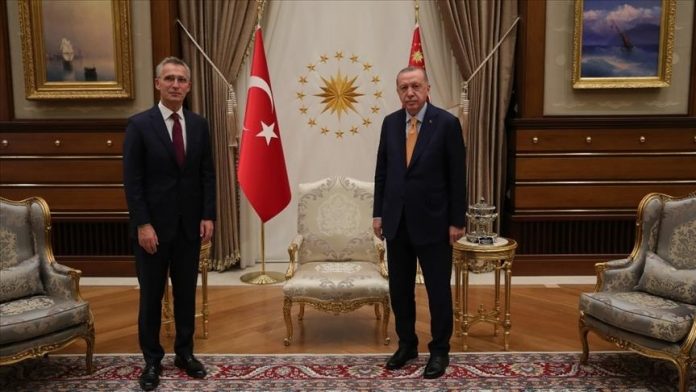 Ankara will not approach their NATO membership quest positively unless Sweden and Finland “clearly indicate” that they will stand in solidarity with Turkey on essential issues, including the battle against terrorism, the Turkish president told the alliance’s commander over the phone on Saturday.

President Recep Tayyip Erdogan told NATO Secretary-General Jens Stoltenberg that Turkiye “sincerely supports” the open-door policy, but that the issue with Sweden and Finland’s membership requests is “related to these countries’ attitude toward Turkiye’s vital and national security interests,” according to a statement from Turkiye’s Communications Directorate.

In a tweet, Stoltenberg stated that Turkiye’s security concerns should be addressed.

“Spoke with President @RTErdogan of our cherished ally #Turkey about the importance of #NATO’s Open Door and #Finland & #Sweden’s membership applications.

The two Nordic countries formally applied to join NATO on Wednesday – a decision spurred by Russia’s ongoing war on Ukraine.

However, Turkiye, a longstanding member of the alliance, has voiced objections to the membership bids, criticizing the countries for tolerating and even supporting terrorist groups.