Thousands of Congolese have fled to Uganda in the face of a “tense situation.” 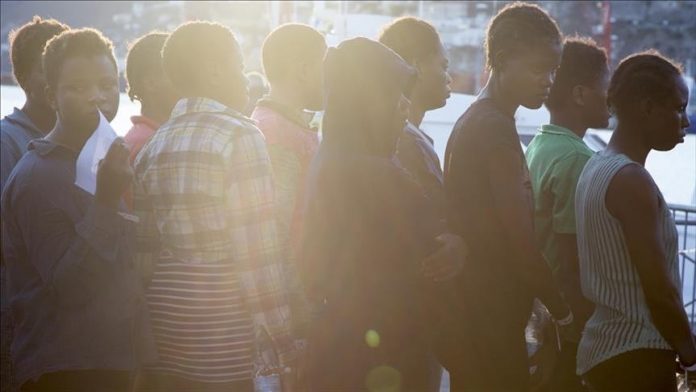 Thousands of Congolese, mostly children and women, are fleeing daily from the Democratic Republic of Congo (DRC) into Uganda to escape conflict between the army and rebels, a Red Cross official said on Monday.

People are migrating into Uganda in significant numbers as a result of the increasing conflict in the DRC, Uganda’s Red Cross spokesman Irene Nakasiita told Anadolu Agency.

“It’s a tense situation,” she added.

When contacted by phone, Simon Leku, a security officer at the Bunagana border, told Anadolu Agency that it is difficult to verify the precise number of people fleeing into Uganda.

However, he said, as of early Monday morning, over 4,000 Congolese have registered before crossing into Uganda.

Gideon Kapere, one of the refugees who recently crossed into Uganda, told Anadolu Agency that the M23 rebels attacked the army and that the army retaliated ferociously.

“As some M23 rebels fled from the army, they killed anybody they saw along the way,” he claimed.

According to Human Rights Watch, M23 rebels, who staged a mutiny against the government, have been spreading terror throughout Congolese provinces, leading to an armed conflict that has been ongoing since May 22, driving tens of thousands of people to flee their homes.

They restarted hostilities against the army in March to demand the implementation of peace agreements signed with state authorities in 2013.

Relations between the DRC and Rwanda are currently strained. The Congolese government and its people accuse Rwanda of being at the heart of the M23 activities.

Rwandan authorities, on their part, have accused the DRC of colluding with the Democratic Forces for the Liberation of Rwanda (FDLR) rebels who have been hiding in eastern Congo for 30 years.

Other regions have also been affected by rebel groups.

The Congolese government has joined forces with the governments of Burundi and Uganda to combat armed groups from those countries, known as the Allied Democratic Forces (ADF) and the RED-Tabara group (Resistance for the Rule of Law in Burundi), which are based in the South Kivu province of the DRC