Thousands of Sudanese protest on the anniversary of the tragic sit-in dispersal. 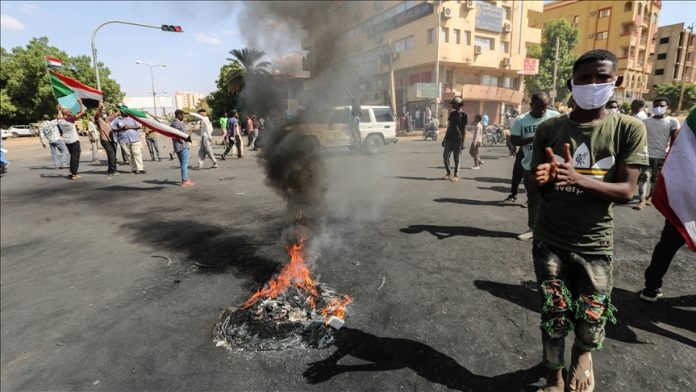 On the third anniversary of a horrific sit-in dispersal in which dozens of protestors were killed, thousands of Sudanese demonstrators held protests on Saturday.

On June 29, 2019, police authorities forcibly dismantled a protest camp outside the army headquarters in Khartoum, killing over 60 protestors. The day fell on the 29th day of Ramadan, the Muslim fasting month.

However, opposition groups claim that over 128 people were killed during the dispersal.

According to an Anadolu Agency correspondent on the ground, protesters marched in the capital Khartoum and numerous other cities, including Bahri and Omdurman, amid anti-military slogans.

During the marches, protesters held banners reading “No to military rule” and “Full civilian state.”

Protests on Saturday were called by the popular resistance committees, which spearhead the current wave of protests against the military.
Ahead of the protests, the Sudanese authorities ordered a ban on all gatherings in central Khartoum.

Sudan has been in turmoil since Oct. 25, 2021 when the military dismissed Prime Minister Abdalla Hamdok’s transitional government and declared a state of emergency, a move decried by political forces as a “military coup”.
Prior to the military takeover, Sudan was governed by a sovereign council of military and civilian officials tasked with overseeing the transition period until elections in 2023.