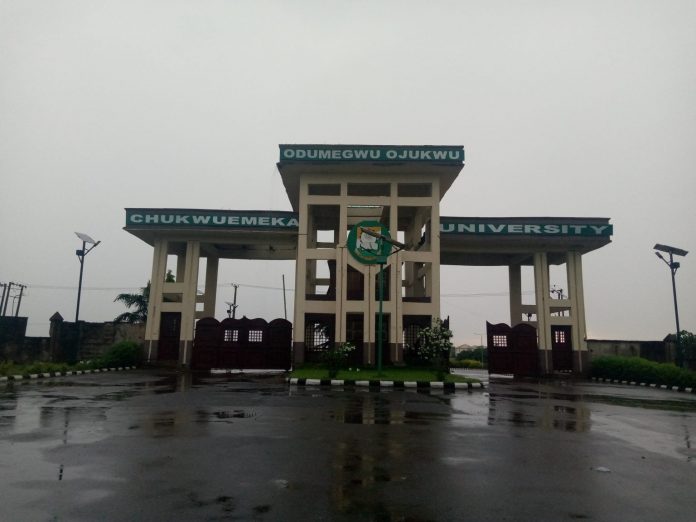 There have been three reported deaths of Chukwuemeka Odumegwu Ojukwu University (COOU) students at the Igbariam campus.

The students’ bodies were discovered in their hostel, according to sources on campus, DAILY POST learned.

The students were found to be 200-level university students from a variety of departments.

Since the students were locked in their rooms from the outside, some on campus have speculated that their deaths may have been the result of murder.

The students were imprisoned in the apartment, according to the sources. Two of them were found dead on their beds in the room when we entered the apartment, and the third lifeless body was discovered in the kitchen.

The institution’s management has confirmed the incident in the interim and stated that it was shocked by the students’ deaths.

In a press release, the institution’s public relations officer, Dr. Harrison Madubueze, stated: “The university management received the news of the deaths of three of our students with rude shock. The exact day, hour, and manner of their passing are still unknown at this time.

However, security personnel are looking into the situation and will release their findings when it is appropriate.

According to Madubueze, the university had no knowledge that any of her students in the second-year class or higher were still enrolled there.

This is because classes will resume on October 1st, 2022, after the institution closed on Wednesday, August 24, 2022, following the second semester examination.