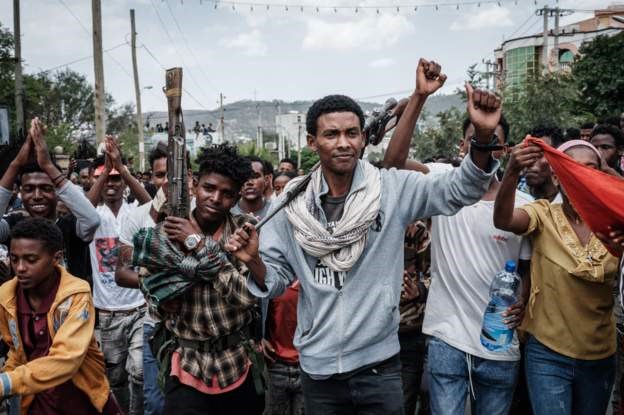 Two days after declaring their readiness for an immediate ceasefire, the forces in the Tigray region of war-torn northern Ethiopia have accused the government of launching new drone attacks in the regional capital, Mekelle.

The accusations have not yet received a response from the government.

After a five-month ceasefire, violence started up again about three weeks ago.

Getachew Reda, a senior Tigrayan official, tweeted on Tuesday that a university campus was the drone strikes’ intended target.

Due to an ongoing communications blackout, there is no independent confirmation of the claim.

Speaking to the BBC Newsday programme, Mr. Getachew claimed that despite the fighting being forced upon them, peace was still their “strategic choice.”

He stated to the BBC that “dialogue being our strategic choice” and that “what’s basically a political problem can only be solved through dialogue.”

The Tigrayan forces have designated Mr. Getachew and a senior general, Tsadkan Gebretensay, to negotiate with the government.

One of the requirements for the negotiations, according to Mr. Getachew, was “the government’s willingness to abandon the use of force to impose its will in Tigray,” he said in an interview with the BBC on Tuesday.

He stated that Tigrayans’ wishes should be respected, and they should be given “unrestricted freedom.”

Nothing less than that freedom, he declared, would be accepted.

The Tigrayans’ most recent declarations that they would accept the African Union mediation efforts have not yet received an official response from Addis Abeba, despite the fact that a seven-member team had already been established to negotiate on behalf of the government.

The announcement by the Tigrayan forces was welcomed by the AU, the UN, and the US.