Tigray rebels are ready for a truce, and African Union-led peace talks are underway to end Ethiopia’s conflict. 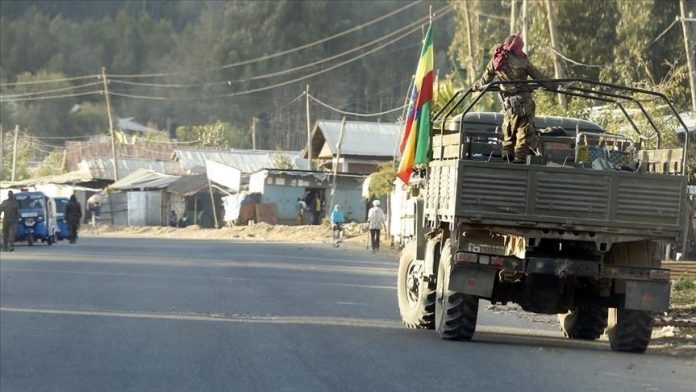 Tigray rebels in Ethiopia have stated their willingness to halt fighting and participate in African Union-led peace talks (AU).

“We are prepared to abide by an immediate and mutually agreed cessation of hostilities in order to create a conducive atmosphere,” the Tigray People’s Liberation Front (TPLF), the rebel group leading a nearly two-year insurgency in northern Ethiopia, said in a statement on Sunday.

The TPLF stated that it is “willing to participate in a robust peace process under the auspices of the African Union,” and that it anticipates a “credible AU-led peace process” with “mutually acceptable” mediators and international observers.

Because the statement made no mention of any preconditions for talks, it is unclear whether the TPLF will withdraw its previous demands for the restoration of basic services like electricity, telecommunications, and banking, as well as the withdrawal of Eritrean forces.

Since November 2020, the TPLF, which ruled Ethiopia for nearly three decades until 2018, has been at odds with Ethiopian forces.

According to military sources, the Ethiopian military has been making significant inroads into Tigray since late August, taking over strategic areas and towns that had been under TPLF control for the previous year.

The Ethiopian government, which has been staunchly opposed to AU participation in any peace talks, has yet to respond to the rebels’ announcement.

The news comes just a week after Mike Hammer, the US special envoy for the Horn of Africa, met with Ethiopian officials in Addis Ababa, including Deputy Prime Minister Demeke Mekonnen, African Union Commission chief Moussa Faki Mahamat, and Obasanjo.

The TPLF declaration was welcomed by Mahamat, the chairperson of the AU Commission, as a “positive development” that presents “a unique opportunity towards the restoration of peace.”

He urged both parties to “urgently work towards an immediate cease-fire, engage in direct talks, and participate in an AU-led process that includes mutually agreed international partners.”