Tigray Rebels in Ethiopia Withdraw from Some of Amhara 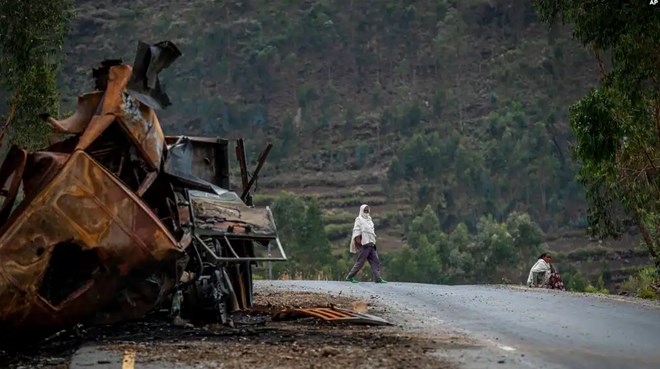 Tigray rebels in Ethiopia have announced their withdrawal from a portion of the neighboring Amhara province, which they briefly occupied after renewed battles with federal government forces erupted in August.

The Tigray People’s Liberation Front (TPLF) leadership explained the action in a statement as a “tactical” relocation of its fighters and said it was required to fend off a “invasion” from the north.

Eritrea has re-entered the war on the side of the federal government of Ethiopia as a result of the recent fighting. The Tigrayan military claimed Eritrea had begun a “full-scale” invasion across the region’s northern border last month.

The most recent TPLF statement stated, “Accordingly, we have made geographical modifications by withdrawing from Amhara districts we had occupied in the direction of the south.”

The withdrawal, it continued, had been in progress for three days and might be stopped if pro-government forces launched additional assaults on the southern fronts.

Separately, Getachew Reda, a spokesman for Tigray, said on Twitter that the forces in his region had suffered “tens of thousands” of losses at the hands of pro-government units.

VOA was unable to confirm these assertions. Journalists are now prohibited from traveling to the conflict regions since they are largely cut off from phone and internet service.

The federal government of Ethiopia has kept silent during the recent conflict and has not responded to the Tigray force’s most recent statement.

When the Tigray conflict first erupted in November 2020, Eritrean forces fought alongside Ethiopia’s federal forces until they were both compelled to retreat in June 2021.

International condemnation of Asmara’s re-entry into the conflict has been expressed.