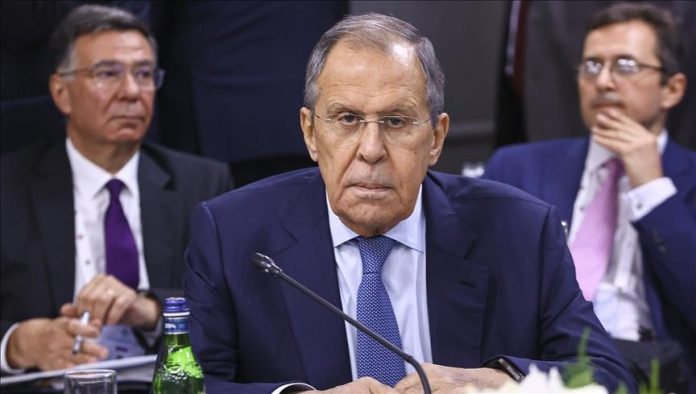 On Wednesday, Sergey Lavrov, the foreign minister of Russia, claimed that the West had “created a wall” in relations with Moscow.

When “far-sighted people” take positions of leadership in Russia, according to Lavrov, the country will be prepared for a serious discussion with the West. Lavrov was speaking at the Primakov Readings forum in Moscow.

He claimed that “the West has largely stopped collaborating with us, built the wall, and we just work with those who are ready for it.”

The current state of affairs, according to Lavrov, is “a catastrophe” for the globalization-based Western world order system because it has “totally discredited itself as a non-negotiable system that is unable to respect and sustain its own principles and processes imposed on everyone else.”

Additionally, he said that the West is aiming to recover frozen Russian assets by misleading member nations into adopting anti-Russian resolutions under the guise of “non-approval” of Moscow’s activities in Ukraine.

“As you can see, battles are taking place almost every day at the UN, and there, I am convinced, we need to relentlessly present all those facts, of which there are many, which characterize the hypocrisy of the West and the criminal nature of the Kyiv regime and those who support it, as well as intrigues against our country, and Belarus already,” he said.

Lavrov stated that the West is attempting to turn against Russia, including its “reliable partners,” and that this has “some type of psychological impact” on a number of nations that “may succumb” to Washington.

“They can decide. However, this decision will be devastating for economic development, for one’s own sovereignty, even in the short term “He was tense.