Top Swedish diplomat: Turkey has the right to defend itself against terrorism. 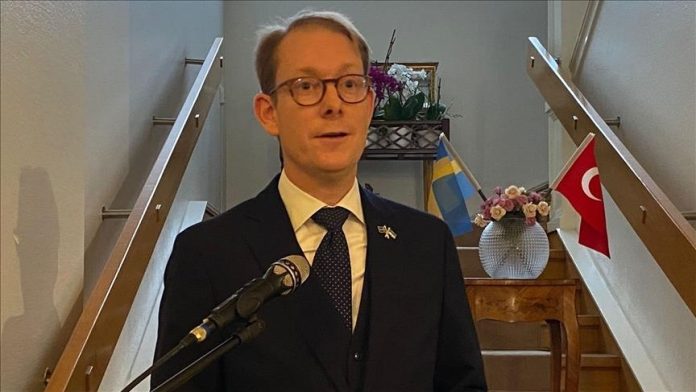 The foreign minister of Sweden stated on Monday that Turkey has the right to defend itself against terrorists.

Tobias Billstrom, who was in Paris for a donor conference for Moldova to aid it in coping with the effects of the Ukraine war and skyrocketing food and energy prices, stated to Sweden’s Expressen newspaper that Türkiye “is a state that has been subject to terrorist attacks, and all states have the right to defend themselves.”

Avoiding civilian casualties and civilian targets is crucial, according to Billstrom.

In response to Russia’s aggression against Ukraine, Sweden and Finland submitted formal applications to join NATO in June.

However, Turkey raised concerns about the membership requests, chastising the nations for tolerating and even funding terrorist organizations.

Finland and Sweden agreed in a trilateral memorandum at a NATO summit in June that they would not support the Fetullah Terrorist Organization (FETO), which was responsible for the failed coup in Turkey in 2016, or the YPG/PYD, the PKK’s Syrian offshoot.