Trump formally declares his candidacy in running for president in 2024 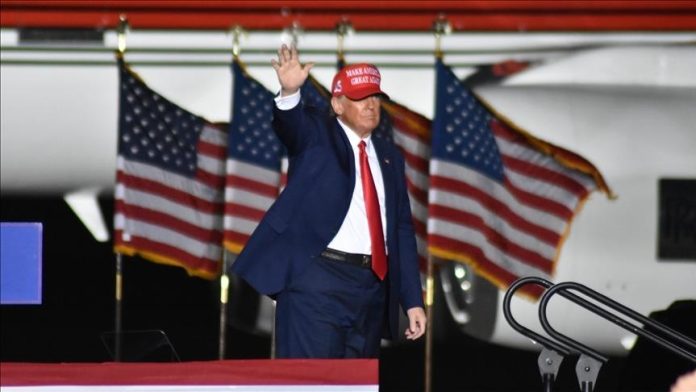 On Tuesday, former US President Donald Trump formally declared his intention to run for president in 2024.

During a primetime ceremony at his Florida mansion, Mar-a-Lago, Trump declared, “In order to make America great and magnificent again, I am tonight launching my campaign for President of the United States.”

“The status of our nation is deplorable. We have a serious problem. Politicians or typical candidates are not the right people to handle this. This is a job for a powerful movement that represents the bravery, self-assurance, and spirit of the American people “the 45th president declared.

Many assumed that Trump’s “very significant statement” last week, which he claimed he would make from his estate before the midterm elections, would be a declaration of his intention to run for office again.

Documents showed that he submitted paperwork to the Federal Election Commission for the presidency just hours ago.

Trump promised to unite Americans by saying, “Instead of placing America last as the Biden administration has done very, very publicly and bravely…we will again put America first.”

“The elite in Washington wants to silence us, but we won’t let them. Because it is not political, the movement we have created together over the past six years is the biggest in human history. It concerns our affection for this wonderful nation, America. And we won’t allow it to collapse, “said he.

He also mentioned running “”First, we have to get out of this pit,” he continued, “because I believe the true glory of what our nation may be has not yet been witnessed by the world. And once we leave, you’ll see things that no one could have predicted for any nation.”

Trump held office as president from 2016 through 2020. Democratic presidential candidate Joe Biden defeated him in the 2020 election.