Turkey a ‘reliable route’ for gas deliveries from Russia: Putin 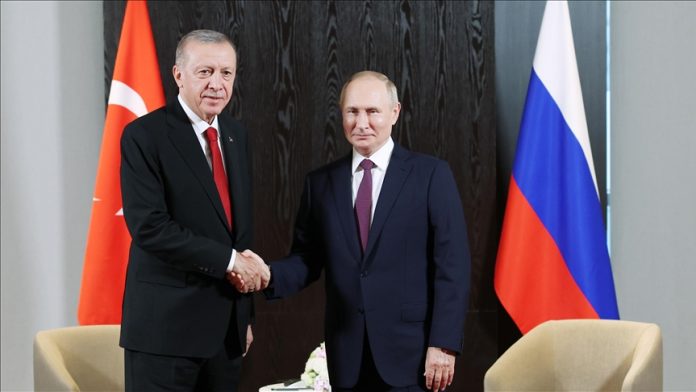 The Russian president said on Friday that Turkey is a “reliable route” for Russian gas deliveries.

Putin thanked Erdogan for the Ukraine grain deal during a meeting with his Turkish counterpart Recep Tayyip Erdogan on the sidelines of the Shanghai Cooperation Organization (SCO) summit in Samarkand, Uzbekistan.

“This goal has not yet been achieved,” he said, expressing hope that Ukrainian grain will reach the poorest countries.

Putin stated that Russia has received encouraging signals regarding the potential shipment of Russian grain through Turkish ports.

Putin stated that Moscow and Ankara signed final documents related to the construction of the Akkuyu nuclear power plant and expressed hope that it will be operational in 2023, as planned.

He stated that Russia and Turkey closely coordinate positions on international issues, and that Moscow will welcome Ankara’s participation in the Shanghai Cooperation Organization.