Turkey congratulates Azerbaijan on the return of the city and villages of Lachin to Baku. 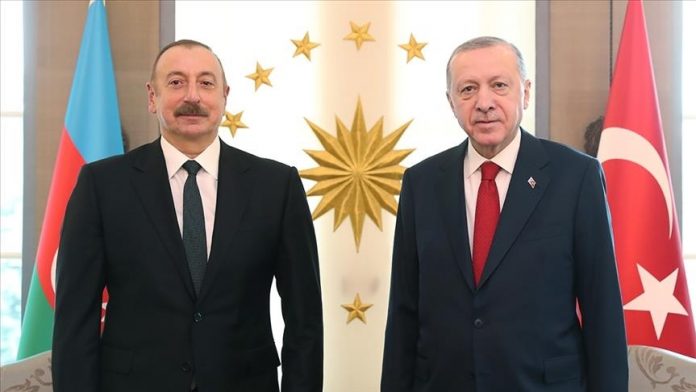 Recep Tayyip Erdogan of Turkey thanked his Azerbaijani colleague Ilham Aliyev on the return of the city of Lachin and two villages to Baku on Saturday.

Erdogan thanked Aliyev over the phone for his work toward “a just and durable settlement aimed at security and peace in the South Caucasus,” according to Türkiye’s Communications Directorate.

The Turkish president emphasised Ankara’s support for “brotherly Azerbaijan in every situation,” and expressed hope that the normalisation procedures between Turkey and Armenia, as well as Azerbaijan and Armenia, would advance with both countries supporting each other.

During their phone call, Erdogan and Aliyev also discussed Turkey-Azerbaijan relations as well as regional developments.

Azerbaijani President Ilham Aliyev declared on Friday that the country’s army had arrived in Lachin and that the villages of Zabukh and Sus had been “brought under control.”