Turkey is a strong ally of Uganda, according to the president 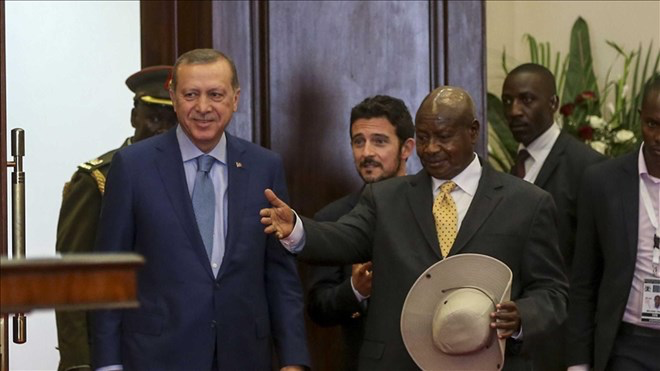 Turkey has emerged as one of Uganda’s most important allies, according to Monday’s remarks by Yoweri Museveni, the president of Uganda.

Turkish-Ugandan relations, according to President Museveni’s address to Recep Tayyip Erdogan of Turkey, have accelerated in every area.

Erdogan and the Turkish people received congratulations from Museveni on the 99th anniversary of the country.

Henry Okello Oryem, Uganda’s State Minister for Foreign Affairs, stated that both nations enjoy diplomatic ties that date back more than 50 years, as well as collaboration in the fields of the military, education, economy, culture, and technology at an event held by the Turkish Embassy in Uganda to commemorate Oct. 29 Republic Day.

“I would want to thank the contribution made to Uganda’s growth by the Turkish government and its corporate sector.

“The two nations formalized their business exchange through the signing of a bilateral trade agreement. Several joint projects in the areas of education, agro-processing and value addition, infrastructural development, and information and communications technology, among others, have been made possible thanks to other cooperation frameworks that were signed during President Erdogan’s visit to Uganda, according to Oryem.

Uganda is a peaceful nation that values stability, peace, and security for its citizens, its neighborhood, and the entire world. It also strongly opposes all terrorist attacks, no matter where they take place.

He emphasized, “We will never permit Uganda to serve as a base for terrorists or to threaten the democracy and sovereignty of any other nation.

Fikret Kerem Alp, the Turkish ambassador to Uganda, emphasized that Ankara has always placed a high priority on strengthening ties with the nation in East Africa.