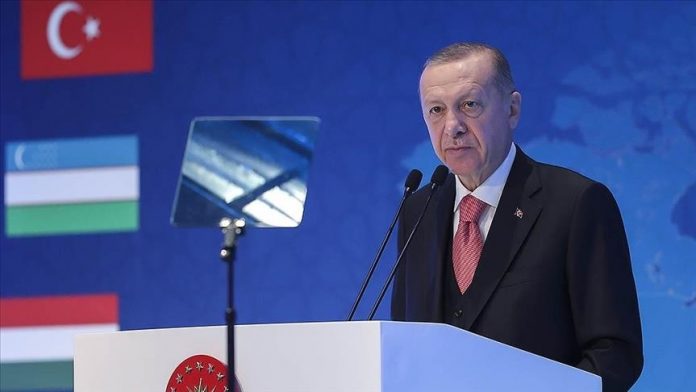 Despite Russia’s withdrawal from a UN-backed deal, Turkey will continue its current efforts to address the world food problem, according to President Recep Tayyip Erdogan.

“As is well known, Russia and Ukraine produce nearly a third of the world’s wheat. You are the closest observer of our efforts to provide these wheats to nations that are in danger of becoming hungry.

At the 8th Turkish Medical Globe Congress in Istanbul, Erdogan declared, “With the cooperative system that we have ensured to be built in Istanbul, we have provided a relative decrease in the food crisis by delivering 9.3 million tonnes of Ukrainian wheat to the service of the world.”

The president continued, “We will keep working to assist humanity even though Russia is cautious in this regard because the same facilities are not offered for itself.

Erdogan made his comments after Russia on Saturday declared it will no longer participate in the UN-mediated Black Sea grain export agreement.

On July 22, an agreement was made in Istanbul by Turkey, the UN, Russia, and Ukraine to resume grain exports across the Black Sea, which had been suspended since the start of the Russia-Ukraine war in February. To manage the supplies, a Joint Coordination Center in Istanbul has been established with representatives from the three nations and the UN.