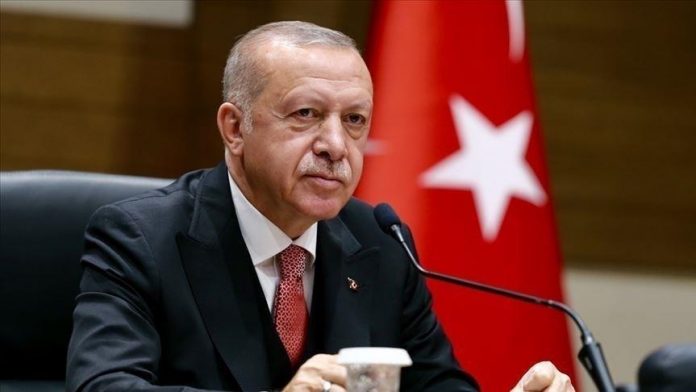 According to President Recep Tayyip Erdogan, Ankara is committed to bolstering the Istanbul grain agreement and delivering Russian grain and fertiliser to developing nations.

Erdogan made his comments during a private meeting with Vladimir Putin of Russia that took place in Astana, Kazakhstan, in conjunction with the sixth summit of the Conference on Interaction and Confidence-Building Measures in Asia (CICA). The meeting went on for an hour and a half.

“We are adamant about bolstering and continuing the grain exports permitted by the Istanbul Agreement as well as the delivery of Russian grain and fertiliser to developing nations via Turkey.

“We might try to figure out what each country’s name is. It’s critical that we concentrate on developing nations rather than wealthy ones, according to Erdogan.

On July 22, an agreement was signed in Istanbul by Turkey, the UN, Russia, and Ukraine to resume grain exports from three Ukrainian Black Sea ports, which had been suspended since the start of the Russia-Ukraine war in February.

The steps Turkey and Russia will take in this process, he continued, “will upset some nations, but they will please underdeveloped nations.”

Erdogan stated that the building of the Akkuyu Nuclear Power Plant in the southern Turkish province of Mersin is a “very important” step and that the first reactor is anticipated to begin operations in the first half of 2019.

By 2025, the entire Akkuyu Nuclear Power Plant is expected to be in operation. An intergovernmental agreement between Turkey and Russia from 2010 marked the start of the project.

Erdogan also mentioned that he and Putin had previously talked about constructing a new nuclear power plant in the Black Sea province of Sinop in Turkey.

The Turkish president expressed his desire to reconnect with Putin on the eve of a summit in Samarkand, Uzbekistan.

“In Samarkand, there is a chance for us to reconnect. We can meet there again if you come with me “Added he.

In November, the Organization of Turkic States will hold its summit in Samarkand.