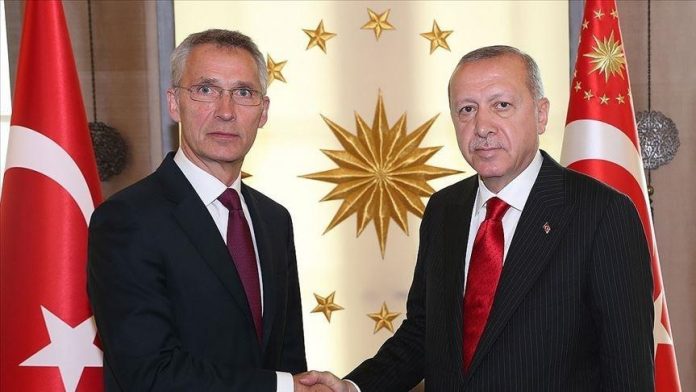 Stoltenberg congratulated Erdogan on the 70th anniversary of Turkiye’s accession to NATO, according to a statement by Turkey’s Communications Directorate.

The Turkish leader thanked the NATO chief for always emphasizing Turkey’s indispensable position within the alliance on various platforms.

Erdogan said Turkiye has followed a principled, responsible and guiding stance within the alliance since day one, and will continue to do so.

He said that the ongoing crisis between Russia and Ukraine once again demonstrates Turkey’s value within NATO, as it has supported dialogue from the beginning.

Erdogan also shared Turkiye’s will to host a leaders-level summit or technical meetings with both associated parties.

The Turkish president said Turkiye expects necessary support and solidarity from its NATO allies on issues such as the fight against terrorism.