Turkish President: Turkey and Azerbaijan are establishing the groundwork for a new era in the region. 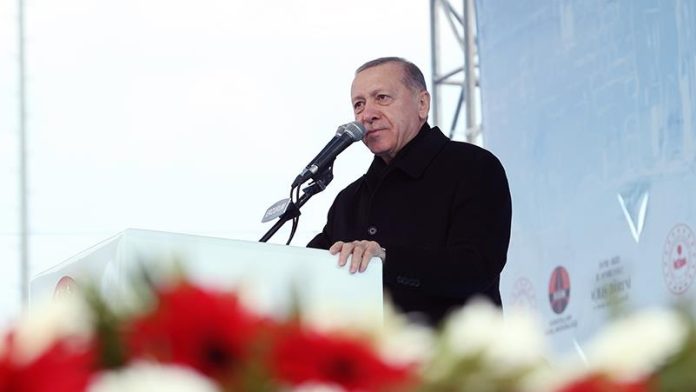 According to the country’s president, Turkey and Azerbaijan are creating the groundwork for a new era in the region.

“We are establishing the framework for a new era in the region with Azerbaijan. As Armenia makes strides toward peace, stability, and serenity, things will pick up speed “At a gathering in the province of Erzurum in the east, President Recep Tayyip Erdogan remarked.

He stressed that, in line with the goals of the “Century of Türkiye” project, Türkiye was getting ready for the biggest breakthrough in its 2,000-year history in the area.

Erdogan, who is also the head of the Justice and Development (AK) Party, revealed a number of plans, initiatives, and goals in late October in anticipation of the presidential and general elections that will be held in Turkey in 2019 and the country’s centenary in 2023.

“We are, on the one hand, improving our ties with the Islamic world. On the other hand, we are assimilating into the Turkic community. We are integrating with Africa and the Balkans in the meantime “He continued by saying that Ankara had not forgotten its connections to the US, China, Russia, or the Ukraine.

Erdogan stated that Turkey is “resolving conflicts and tensions in the Caucasus, which are the biggest obstacle to the effective use of the region’s potential, one by one,” noting that the eastern Erzurum province is one of the most crucial locations allowing Türkiye to become a hub for oil and natural gas transport and trade from Asia to Europe.

He declared that Turkey was “working around the clock” to link the gas it had discovered in the Black Sea to its domestic system.

He added that Türkiye would learn more good news after the Black Sea gas was put to use, saying “On Monday, we will share the good news with our people.”