Turkiye firmly condemns the attack in Switzerland on a children’s event. 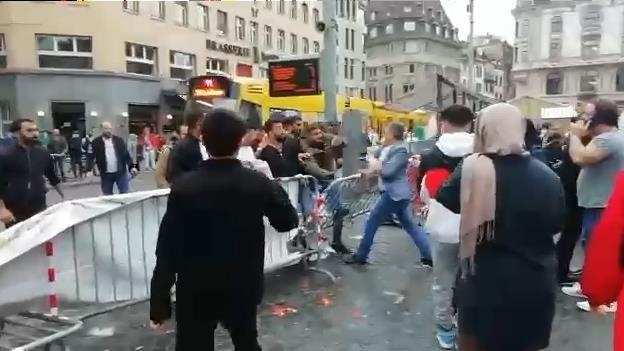 “We strongly condemn the terrorist organization’s supporters’ attack on the International Children’s Festival on April 23,” the ministry stated in a written statement.

The ministry claimed the recent incident was another further proof of the PKK’s true colors, stressing that the terror group and its followers had degraded themselves to the point of targeting a children’s fair in the heart of Europe.

“We wish our citizens injured in the attack a swift recovery and want the perpetrators of this atrocious act to be brought to justice immediately and get their deserved punishment,” the statement continued.

According to interviewed event-goers, a group of 30 PKK supporters first verbally attacked Turkish families taking part in the festival and then threw iron barriers that protected the celebration area at them, leaving at least six wounded, who were taken to a hospital.

In its more than 35-year terror campaign against Turkiye, the PKK – listed as a terrorist organization by Turkiye, the US and the European Union – has been responsible for the deaths of over 40,000 people, including women, children and infants. The YPG is the PKK’s Syrian offshoot.