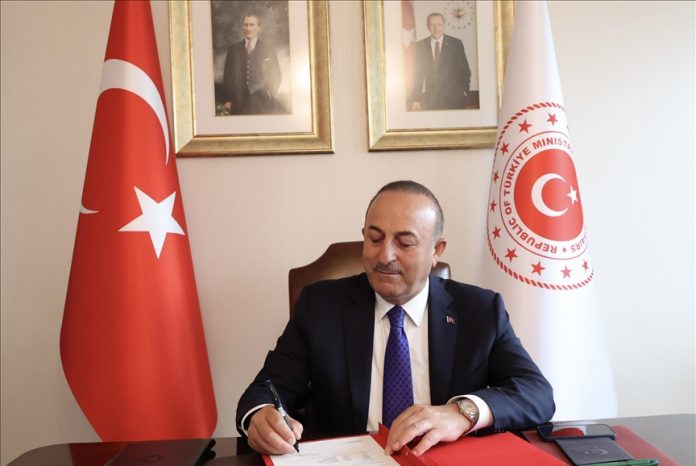 Turkey made a diplomatic move on September 1 by sending a letter addressing potential resolutions to disputes in the Aegean Sea, diplomatic sources said on Tuesday, amid Greece’s ongoing provocative actions and rhetoric in the area.

The letters outlined Turkey’s position and viewpoints on the Aegean problems and called attention to Greece’s illegal actions and maximalist demands.

The letter emphasised the numerous issues that are interconnected and closely related in the Aegean Sea, including the violation of the Eastern Aegean Islands’ non-military status, the limitation of the continental shelf and territorial waters, and the width of territorial waters and national airspace, according to the sources.

The letter also emphasised that some islands, islets, and rocks as well as service areas like the search and rescue region (SRR), flight information region (FIR), and NAVTEX do not have their sovereignty transferred to Greece by legally binding international treaties.

Additionally, Türkiye expressed the opinion that the Aegean disputes could be settled within the bounds of international law with the mutual recognition of the two nations’ legitimate interests and fundamental rights.

The letter, according to the sources, stated that Ankara is in favour of dialogue and cooperation even though Athens avoids communication, escalates tensions, and blames the EU for Aegean issues.

Greece allegedly violated Turkish airspace and territorial waters more than 1,100 times in just the first eight months of 2022, according to sources in the Turkish National Defense Ministry.

Turkey, a member of NATO for more than 70 years, has expressed frustration with Greece’s recent provocative actions and rhetoric in the region, including arming islands close to Turkish shores that are demilitarised by treaty, saying that such actions thwart its sincere efforts for peace.