Turkmenistan is preparing to close the ‘Gateway to Hell.’ 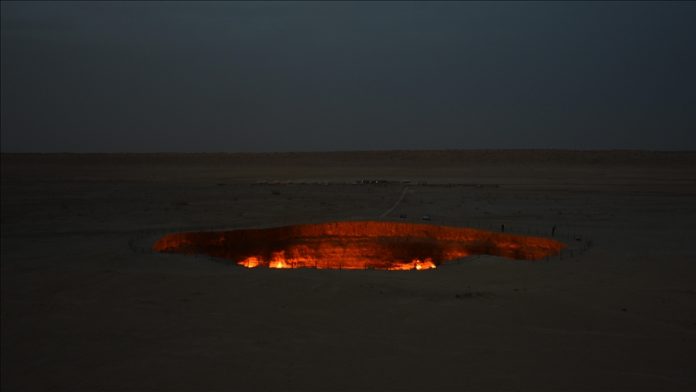 Turkmen authorities are preparing to close the Darvaza natural gas crater, which has been burning for more than five decades and has been dubbed the “Gateway to Hell” by residents.

During his speech at an international investment forum in the capital Ashgabat, Bayrammyrat Pirniyazov, the head of Turkmenistan’s Natural Gas Institute, said that scientists were studying the geological structure of the crater and that it would be sealed off because a large amount of natural gas was continuously burned, harming the environment.

During the event, it was also mentioned that Turkmenistan was actively evaluating offers from overseas to shut down the Darvaza gas crater, and scientists from Belarus and Slovenia expressed interest in participating in the project.

The president of the European Bank for Reconstruction and Development, Odile Renaud-Basso, also stated that his agency was willing to work with Turkmenistan to limit dangerous gas emissions into the atmosphere and stop the gas leak in the crater.

During the Soviet Union’s reign, the Darvaza gas crater was discovered during excavations in the 1970s.

The gas escaping from the hole created by the fall of dirt was set on fire to protect the environment and people living in the neighborhood.