Two bystanders are killed in a bomb attack outside the Somali capital. 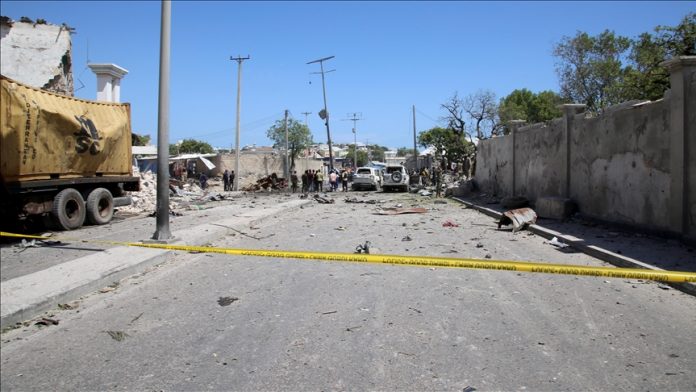 A roadside bomb targeted a convoy transporting the Mogadishu police commander on the outskirts of the Somali capital Mogadishu on Monday, killing at least two civilians and injuring many security officials, according to a spokesman.

The attack occurred on the main route that connects Mogadishu and Afgoye, a village 30 kilometers (18 miles) southwest of the capital.

“The vehicle carrying Mogadishu Police Chief Farhan Qarole was travelling too quickly at the moment of the explosion, and he survived,” Hassan added, adding that Qarole’s bodyguards were injured.

The explosion occurred as the convoy was returning from the village of Calamada in the lower Shabelle region, according to local media.

Al-Qaeda-affiliated terrorist group al-Shabaab, which is very active in Somalia, claimed responsibility for the attack, saying that it had wounded six bodyguards.