Two Somali journalists have been sentenced to 16 months in prison for spreading fake information. 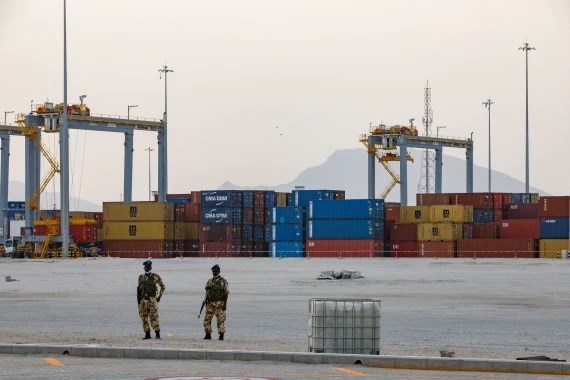 The Committee to Protect Journalists issued the following statement in response to news reports and statements from local rights groups that the Hargeisa Regional Court in Somaliland’s breakaway region of Somaliland sentenced journalists Mohamed Abdi Ilig and Abdijabar Mohamed Hussein to 16 months in prison for subversion and false news on Monday:

“We are profoundly saddened by the verdicts and draconian sentences handed down to Mohamed Abdi Ilig and Abdijabar Mohamed Hussein for just documenting a breaking news item in real time,” said Angela Quintal, CPJ’s Africa program coordinator. “It would be unjust, time-consuming, and uncertain to appeal these erroneous convictions through Somaliland’s broken legal system.” For these two innocent journalists, time is of the importance.

Mohamed, a reporter and chairperson of MM Somali TV, Abdirahman Ali Khalif, a reporter for Gobonimo TV, and Abdijabar, a reporter for Horn Cable TV, were among 18 journalists arrested on April 13 in connection to their coverage of a fight between inmates and guards at the Hargeisa Central Prison in the region’s capital, as CPJ documented at the time. The majority of the journalists were eventually released, according to a statement by the Mogadishu-based press rights organization, the Somali Journalists Syndicate (SJS). Mohamed is seriously ill and his condition worsened while in jail, according to Yasmin Omar Mohamoud, chair of the local advocacy group Human Rights Centre Somaliland, CPJ was not able to obtain details of his medical condition.

Mohamed, Abdijabar, and Abdirahman were charged under Articles 215 and 328 of the penal code relating to “subversive or anti-national propaganda” or publishing false news, according to Human Rights Centre Somaliland and a joint statement by SJS and the Somali Media Association (SOMA). The pair were sentenced in a “hasty” hearing that took place “without the knowledge of the defense lawyers and family members of the defendants,” according to the joint SJS and SOMA statement. The court acquitted Abdirahman.