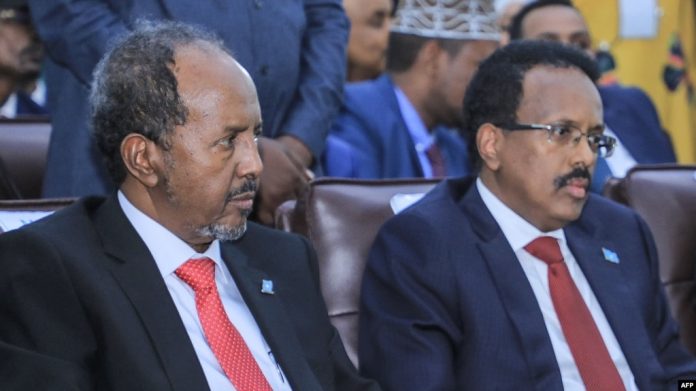 In a statement made by Ambassador Richard Mills, the deputy U.S. representative to the UN, the United States expressed its congratulations to Somalia on the establishment of its government and expressed interest in collaborating with it to address the country’s problems. Reconciling the federal member states and the national government, finishing the review of the federal constitution, and obtaining debt relief are some of the difficulties Somalia is facing.

As evidenced by the horrifying attack on the Hyatt Hotel in Mogadishu on August 20, the threat posed by the terrorist organisation al-Shabaab continues to be a major concern. The United States “remains committed” to assisting Somali-led efforts to defeat al-Shabaab, according to Ambassador Mills, who “strongly condemned the attack.”

[ACT 1 : DALET: 00:35 POLICY/ACTUALITIES] “We congratulate the Somali National Security Forces for their successful offensive to drive al-Shabaab from the Hiran region. . . .We are committed to using available tools to fight terrorism, including providing direct support to the (African Union) Transition Mission in Somalia and to Somalia’s security forces, as well as utilizing the 751 Somalia sanctions regime to designate al-Shabaab operatives who continue to threaten peace and security in Somalia and throughout East Africa. We urge other member states to do the same.” [END ACT]

The United States remains committed to responding to the unprecedented drought that is affecting over seven million people and leaving them food insecure as the single largest donor of humanitarian aid to Somalia.

According to Ambassador Mills, the recent warning that a famine is expected to break out next month is a sobering call to action for all of us.

He continued that famine is a problem that no one nation can solve by themselves.

[ACT 2 : 00:33 DALET:POLICY/ACTUALITIES] “The international community must take concerted action, dedicating the necessary resources to prevent the growing loss of life and livelihoods. . . .The United States government has provided more than $700 million in assistance to Somalia this year amid the unprecedented drought, which constitutes more than 70 percent of all the contributions received so far by the Humanitarian Response Plan of the UN for Somalia. We encourage other international partners to expand their contributions for humanitarian relief.” [END ACT]

The United States continues to be committed to cooperating with Somalia in order to advance democracy and the prosperity of both nations.