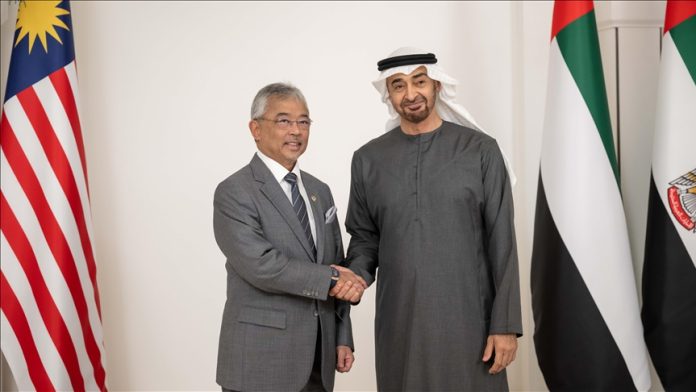 The agency also stated that “the groundbreaking grant to Malaysia’s national oil and gas firm opens the first unconventional oil concession in the Middle East.”

The agreement is “the first time a Malaysian company will invest in and explore for hydrocarbons in Abu Dhabi,” the agency said.

The Unconventional Onshore Block 1 area, which spans more than 2,000 square kilometers in the Al Dhafra region, is covered by the six-year term agreement, which will allow Petronas to hold a 100% ownership and operatorship to explore for and appraise unconventional oil.

Sultan bin Ahmed Al Jaber, the CEO of Adnoc and the UAE’s Minister of Industry and Advanced Technology, was quoted by the news agency as stating, “We are happy to cooperate with Petronas on this historic unconventional oil concession.”

According to the press agency for the Emirates, the unconventional oil reserves of Abu Dhabi are estimated to be 22 billion barrels of very light, sweet crude, which is equal to Adnoc’s premium, lower-carbon Murban grade.