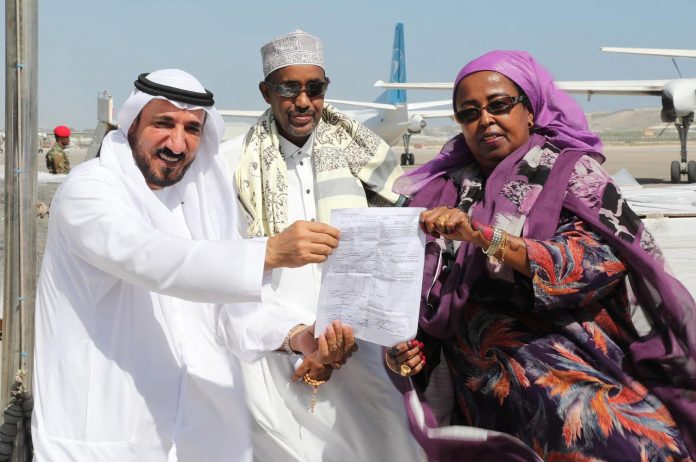 Diplomatic relations between Somalia and the United Arab Emirates (UAE) have been at their lowest point since 2018 when Somalia accused the small Gulf country of interfering in its internal affairs and instigating chaos.

In 2018, Somalia’s National Intelligence and Security Agency seized three suitcases at Mogadishu’s international airport containing over $9 million from a Boeing 737/700 operated by the UAE’s Royal Jet.

Since then, the money has been under the watch of Villa Somalia, the presidential palace.At the time the money was confiscated, the Horn of Africa country was in the midst of major political tensions, with the government accusing the UAE of funding the opposition.

Somalia said the funds had entered the country “illegally” and were therefore confiscated.

The UAE immediately retaliated, announcing the closure of a military training facility and a hospital in Mogadishu that was offering locals free medical services.

But after years of diplomatic standoff, the UAE appears to be reaching out by sending humanitarian assistance as Somalia faces one of its worst droughts in a decade.

The Emiratis have sent 26 tons of food and medical aid to the capital Mogadishu so far in an attempt at humanitarian diplomacy and the shipments were received by Somali Prime Minister Mohamed Hussein Roble, prompting a media and social media storm.

Roble apologized for the seizure of the money in 2018 and expressed his commitment towards resolving the diplomatic dispute between the two countries minutes after receiving the aid at the Adan Adde International Airport in Mogadishu.

But, Somali President Mohamed Abdullahi Mohamed issued a decree announcing that the confiscated money would not be released until the “entity” it belonged to was clear. 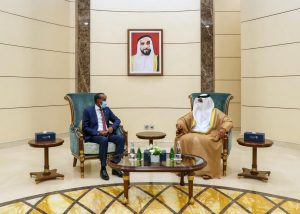 According to the presidential palace, the president ordered the country’s central bank governor not to release the confiscated $9.6 million.

Abdirashid Muse, a political strategist based in Mogadishu, told Anadolu Agency that it is crystal clear the UAE is trying hard to influence the elections in Somalia in order to depose the current president. He said the UAE has succeeded to pit premier Roble against President Mohamed Abdullahi Mohamed.

“The UAE has never been a humanitarian donor in Somalia or elsewhere, and basically its foreign dealings with volatile countries are centered on a zero-sum game. It capitalizes on instabilities and humanitarian circumstances to press ahead its strategic economic gains in weak countries,” he opined.

Muse said the Gulf country also has a long history of funding counter- revolutionary activities and coups abroad, suggesting that its recent humanitarian aid in Somalia was intended to buy some sort of political influence after years of hiatus.

“If the UAE is sincere in its humanitarian aid in   Somalia, it should never have closed its hospital in Mogadishu years ago,” he said.

Liban Abdi Ali, a communication director at the prime minister’s office, told Anadolu Agency over the phone that Somalia is facing numerous challenges, including drought noting that Prime Minister

Roble had called for humanitarian assistance.

“The donation from the UAE is a response to the call and I don’t see any political issues or humanitarian diplomacy to influence our internal affairs because our position is clear. It’s based on mutual interests and respect and we expect every country to do the same,” he said.

Ali said that, historically, Somalia has enjoyed good relations with the UAE and that the prime minister wants to maintain these ties. “Somalia and the  UAE are interconnected economically and the premier’s decision to release the seized money was meant to pave the way for resolving the differences between the two countries.

The money does not belong to Somalia. It belongs to the UAE, so the money should be sent back,” Ali said.

Though relations between Somalia and the UAE have never been formally broken, there have been some differences of opinion and diplomatic disputes, he noted.

As a country with geopolitical ambitions in the Horn of Africa and the Red Sea, the UAE seeks to keep its interests intact in regional countries, especially Somalia, where it has recently resorted to “unprecedented interference,” some experts believe.

Others, like researcher Hassan Abdisalan Guled, argue that Abu Dhabi is “flexing its muscles” all over the region using trade and diplomacy, but poses no “imminent danger” of influencing Somalia’s state-building efforts.

“Although no one knows the Emirates’ ‘true interest’ in Somalia, the Emirates has been in Somalia assisting with both humanitarian and military training. However, the Emirates, like any other state, has an interest in Somalia since we are strategically located in a key region of the continent,” Guled told Anadolu Agency.

Referring to recent thaw and resumption in aid, which he said was a “critical move that has been long overdue,” Guled said: “Whether it’s a life-threatening drought or a re-occurring electoral conflict, Somalia is in a precarious condition right now.”

“As a result, Somalia appreciates any help at this juncture.”

When some gulf countries cut ties with Qatar in 2017, the UAE mounted pressure on Somalia to follow suit. But, Somalia had opted to remain neutral, frustrating the Emiratis.

“In the wake of that decision, the UAE retaliated with unprecedented interference, and blatantly violated Somalia’s sovereignty and political independence,” Abdirashid Muse said.

Muse mentioned Turkiye as an example of a small number of countries whose foreign policy is based on mutual respect.

There are countries that use soft power and diplomacy to secure a mutually beneficial relationship with Somalia, and Turkiye is the best example, he added.

Turkiye, he said, was the first country to help Somalia during the drought and famine in 2011. “Since that time, it has been a leading partner in our state-building and peace-building efforts,” he added. “It (Turkiye) provides budgetary support to the government, it builds roads and hospitals, it trains our security forces, it provides scholarships to our students. That’s what real brothers do to help when you’re in a difficult situation. A friend in need is a friend indeed,” he said. 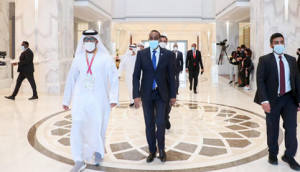