UK foreign aid cuts happened at the “worst time in history,” according to one opposition MP. 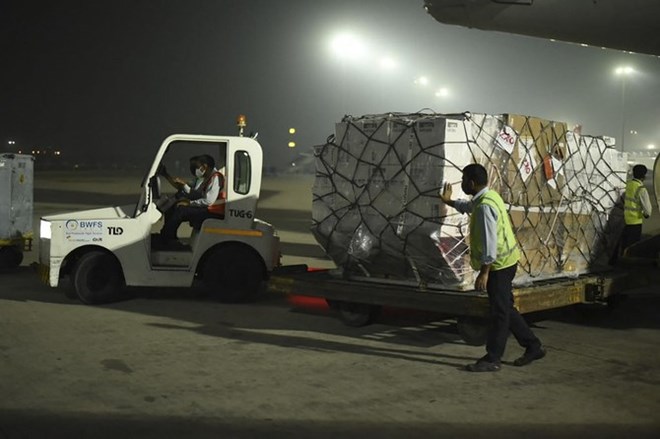 LONDON: According to a senior Labour Party MP, the UK’s humanitarian aid budget was slashed by 51% last year, disproportionately hitting some of the world’s poorest countries, like Yemen and Somalia, at the “worst moment in history.”

In November 2020, the government promised to reduce total external aid from 0.7 percent of GDP to 0.5 percent.

The UN estimates that as many as 24 million people, including 13 million children, require aid of some kind across the country.

Somalia, also devastated by conflict, saw its humanitarian aid from the UK slashed by 41 percent to £71 million, from £120 million the previous year.

Both countries have been hit hard by acute food shortages, exacerbated in recent months by spiking prices as a result of the Russia-Ukraine conflict.

The Eastern European neighbors represent almost a third of global wheat exports, and are vital producers of agricultural fertilizers.

The UK has dipped into its finances to find an additional £220 million in aid for Ukraine, but the UN says the war could put as many as 1.7 billion people worldwide at risk of poverty and starvation.

“It would be difficult to imagine a worse period in history for the government to be lowering its foreign aid budget,” Sarah Champion, chair of the House of Commons international development committee, told The Observer.

“We are the only member of the G7 club of rich countries doing so.” It’s hurting our worldwide position — as well as the odds of survival for some of the world’s poorest people.”

“The government is cutting help at a time when we have war in Ukraine, the Covid pandemic, and millions of people on the verge of starvation in Africa,” said Sam Nadel, head of government relations at Oxfam.

“It’s the worst time ever.” It’s also shortsighted because aid aids in the fight against global warming.

Another charity, Action Against Hunger, is calling for an additional package of £750 million in aid for African countries affected by war, drought and the coronavirus pandemic.

Kate Munro, the charity’s head of advocacy, told The Observer: “It saves money to act early in a crisis.”

The Foreign Office said in a statement: “Stepping up our life-saving humanitarian work to prevent the worst forms of human suffering around the world is one of the top priorities the foreign secretary laid out in the UK’s international development strategy this week.

“We will prioritize humanitarian funding levels at £3 billion over the next three years, to remain a global leader in crisis response, including in Africa.”