Ukraine claims grain is on its way to Somalia, but Russia is sceptical. 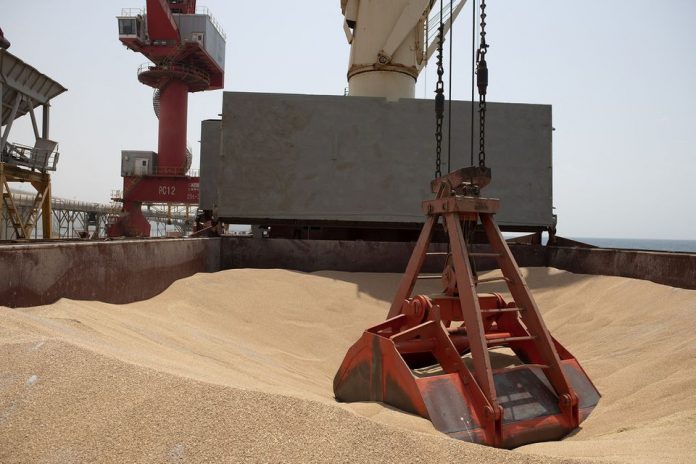 Ukraine’s president says tonnes of grain from his country will arrive in Somalia in the coming weeks, where famine is looming and the global crises of food security and climate change threaten millions.

President Volodymyr Zelenskyy’s remark came as Russian President Vladimir Putin accused the West of diverting the majority of grain from Ukraine’s reopened ports to Europe rather than poorer and hungrier parts of the world.

On Wednesday, Putin accused the West of colonialism and suggested that Russia and Turkey discuss revising the agreement that lifted Russia’s blockade of Ukrainian ports and allowed ships safe passage.

“Without Turkey as a mediator, virtually all grain exported from Ukraine was sent to (European Union) nations rather than the poorest countries,” Putin said.

“It’s obvious that with an approach like that, the magnitude of the world’s food problem will continue to grow, potentially leading to an unprecedented humanitarian catastrophe,” he added. “Perhaps it’s worth considering restricting grain and other product exports via that route?” I will undoubtedly discuss the matter with Turkey’s president.”

Russia has previously made the claim, but this is the first time Putin has echoed it.

According to the Russian president, only two of the 87 ships loaded with grain from Ukraine carried grain for the United Nations World Food Program — 60,000 tonnes out of a total of about 2 million tonnes.

Only one ship from Ukraine has arrived in Sub-Saharan Africa, docking in Djibouti last week with grain destined for drought-stricken Somalia and Ethiopia, according to the World Food Programme. That first ship carried 23,000 metric tonnes of grain, enough to feed 1.5 million people on full rations for a month, according to the World Food Programme.

Somalia, in particular, requires assistance. Prior to this year, the country got 90% of its wheat from Ukraine and Russia. It is now suffering from a lack of food and humanitarian aid as thousands of people die and the world’s attention is focused primarily on Ukraine.

In a tweet late Tuesday night, Ukrainian President Petro Poroshenko said 28,600 tonnes of wheat would arrive in Somalia in the coming weeks and blamed the country’s impending famine on Russia’s actions this year.

“With its grain, Ukraine continues to save the world,” Zelenskyy asserted.

African countries were at the forefront of Western efforts to reopen Ukraine’s ports, as the US and its allies accused Russia of starving the world by preventing exports from Ukraine, one of the world’s largest grain exporters. African leaders also visited Russia to discuss the issue with Putin.

However, Russia is now attempting to turn the food security issue against the West. “They defrauded the public and partners in Africa and other regions that are in desperate need of food,” Putin said. “They claimed to be acting in the interests of developing countries, but they were acting entirely in their own.”

According to the latest update from the Joint Coordination Center, which is run by the United Nations, Turkey, Russia, and Ukraine, 96 outbound ships carrying more than 2.2 million metric tonnes have been enabled so far.
According to food security experts, many of the shipments are deliveries under existing contracts signed prior to Russia’s actions.

According to the JCC, one of the five commercial vessels authorised to leave Ukraine on Wednesday is bound for Kenya with 51,400 metric tonnes of wheat, but destinations “may change based on commercial activity.” The four other ships will travel to Spain and Turkey.