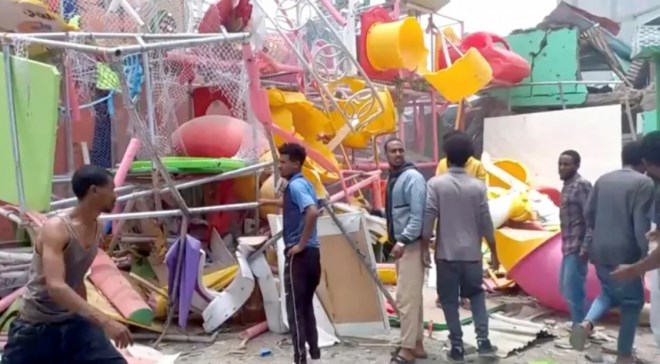 The strike in Mekelle, Tigray’s capital, came just days after combat broke out on the region’s southern border between government forces and rebels, breaking a five-month truce.

The Tigray People’s Liberation Front (TPLF), which controls the northern province, said the air raid destroyed a kindergarten and hit a civilian residential area, claims disputed by the government.

He claimed nine others were being treated for injuries.

Tigrai TV, a local network, reported seven deaths and showed footage of damaged playground equipment at the apparent scene of the strike.

Russell claimed that Ethiopia’s 21-month war in the north had “forced children to pay the highest price.”

“Children and their families in the region have been subjected to the misery of this conflict for nearly two years. It has to end, “She stated.