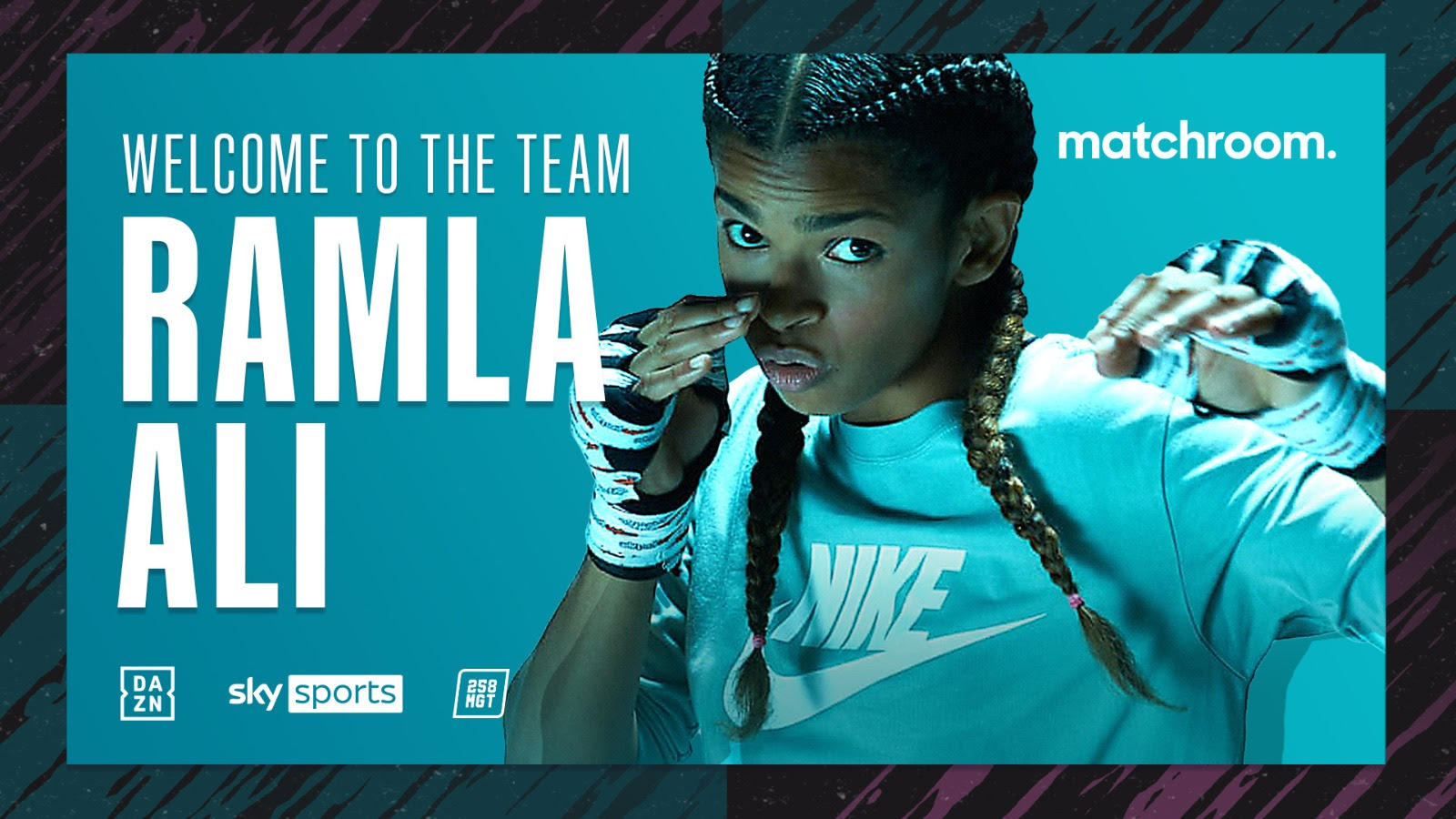 The article that you’re about to read is an official announcement issued to Ring News 24 to publish as a press release.

Ramla Ali is thrilled to be making her American debut in Las Vegas – but will not be rushed into taking big fights as she plots her route to the top, starting with her third pro fight on Saturday May 29 at the Michelob ULTRA Arena at Mandalay Bay in Las Vegas, NV, live worldwide on DAZN.

TICKETS ARE ON SALE NOW FROM AXS.COM

Ali (2-0) turned pro in October with victory over Eva Hubmayer at Wembley Arena in London, England and added a second pro win in March over the experienced Bec Connolly in the same venue.

Guided by Anthony Joshua and 258 MGT, Ali has become a star outside the ring with high-profile modeling work, publishing a book later this year and continuing her work with the ‘Sister’s Club’, the initiative she launched in 2018 to give self-defense lessons to women.

The 31 year old is committed to being a huge hit in the ring as well though, but while excited to be performing in Sin City, Ali, who faces Mikayla Nebel (4-8 1 KO) on Saturday, knows exactly how she wants to build her career and is prepared to put in the hard yards to earn a World title.

“I am so excited to be fighting in Vegas, the Mecca of boxing,” said Ali. “I actually didn’t think I’d get the opportunity to have my American debut so early on in my career, but I’m so grateful to have been given it.

“Also, what a dream come true fighting on such an amazing undercard. I grew up watching Jorge Linares. What a legend. This is my second time training out here in the States and I love it because the standard of female talent out here is phenomenal. Thank you to Eddie Hearn and Frank Smith for making all this happen for me.

“I don’t want to make a mockery of the sport and have a World title after just five fights. If I am ready and I feel like I can, great, but I don’t want to be rushed and I would like to take my time. You get in the ring because you want to be the best so of course, I know I am going to be a World champion one day, but I want to do it at my own speed and knowing that I have fully achieved it and deserved to have the opportunity.

“I was still annoyed by the ref giving one of the rounds a draw against Bec, that baffled me, especially after he said he should have stopped the fight in the third round. But all the respect in the world to Bec, she’s a tough girl who has been around for a long time, and she kindly stepped in late which is great.

“I gave away about half a stone and I felt it, she’s a big and strong girl, but I stuck to my game plan, kept it long and used my footwork to stay out of range.”

There’s a professional debut on the card for Eddie Hearn’s latest American signing, Khalil Coe, Reshat Mati (9-0 7 KOs) enters double figures in the pro game on the night, and a card that is rounded off by Devin Haney Promotions’ Amari Jones (1-0 1 KO) fighting in the paid ranks for the second time after his debut in April.