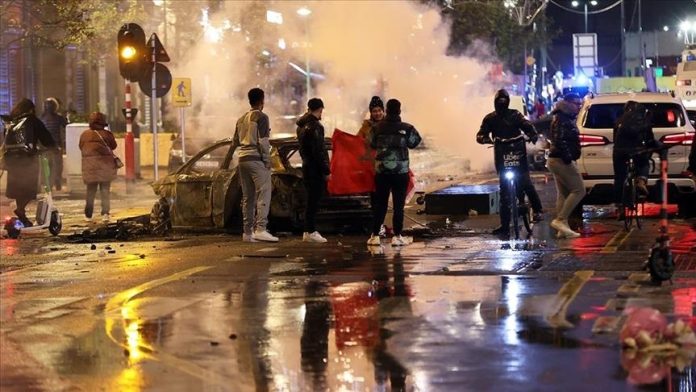 After Morocco defeated Belgium in a World Cup Group F match on Sunday, riots broke out in the Belgian capital and numerous Dutch cities.

Moroccan supporters in Brussels drove around the city in a quiet celebration after their team’s unexpected victory, blasting their horns. However, a group of persons with their faces covered gathered outside the Brussels Midi Railway Station and lit off fireworks in the nearby streets. Electric scooters and trash cans have also been set on fire in various locations. A group of people also turned over a car rental company’s vehicle. Additionally, some bus and tram stops were vandalized.

To stop such tragedies, Brussels police dispatched numerous teams to the city’s main thoroughfares. Roads leading to a few tourist attractions in the city center were also blocked off by police.

Brussels Mayor Philippe Close condemned the violence and urged individuals who were causing the disturbances to stay away from tourism and retail districts.

Supporters of Morocco were generating some mayhem in Amsterdam while honking their horns and occupying many places.

In Rotterdam, about 500 Moroccan supporters gathered, some of whom lit fires and tossed fireworks. Some of the fans tossed pyrotechnics and glasses at the police as they intervened on the incident.