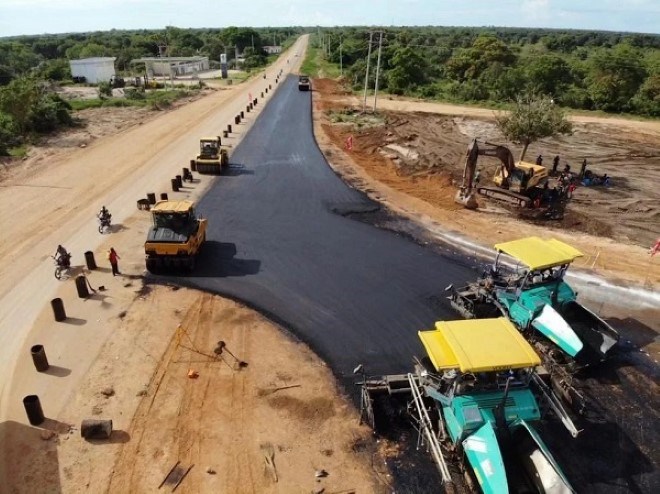 After being delayed by five months from its original start date in January, the Isiolo-Wajir-Mandera Highway, popularly known as Kenya’s Horn of Africa Gateway Road, is slated to begin construction in June this year (2022).

The project, which comprises tarmacking the 748-kilometer Isiolo-Wajir-Mandera route for the benefit of four counties in Kenya’s northern area, is expected to be completed in four phases, the first of which would be the Isiolo – Kulamawe – Modogashe. This would entail breaking ground on the road’s first two parts (Isiolo-Kula Mawe-Kula Mawe-Madogoshe, a distance of roughly 200 kilometers).

The Modogashe – Samatar – Wajir road project will be the second phase while the Wajir-Tarbaj-Kutulo-Elwak route will be the third phase. The final part will be Elwak – Rhamu – Mandera, which will signal the end of the journey. According to experts, money for the remaining portions has already been secured, and the full route from Isiolo to Mandera is expected to be completed by 2028.

The Kenya National Highways Authority (KeNHA) will serve as the project’s facilitating partner, overseeing the construction and completion of Kenya’s Horn of Africa gateway road project, which is seen as a game-changer in the North Eastern Region.

When operational, the road would increase people and products transportation and communication, and access to social services for almost 3 million people living along the Isiolo-Mandera regional road corridor in the North-Eastern area. The anticipated benefit of this project, among others, is a permanent reduction of the region’s fibre connectivity difficulties, as the project comprises putting down fibre optic along the road.

The 750-kilometre bituminous road would also connect Kenya, Somalia, Ethiopia, Eritrea, and Djibouti, providing a vital link for populations in the area.